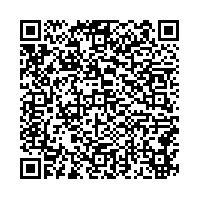 Avatar: trans-o-flex distributes Blu-ray Discs and DVDs of the world-wide highest-grossing movie ever

(lifePR) ( Weinheim, 26.04.10 )
In order to ensure that the world-wide highest-grossing movie ever is also going to become a blockbuster in Germany's home movie theatres, trans-o-flex Schnell-Lieferdienst supplied department stores, consumer electronics retailers, specialist shops as well as retailers and central warehouses in the food industry with the complete basic equipment required for the official sales launch. In addition to delivering the BDs and DVDs of "James Cameron's Avatar", released by Twentieth Century Fox Home Entertainment, last week's task also included picking and packing sales displays of various sizes in accordance with electronically transmitted recipient files and ensuring the just-in-time delivery on 22nd April 2010. "The timeliness, accuracy and reliability that trans-o-flex maintains in the fulfilment of its task in its nation-wide combi-freight network are really impressive", says Frank Brill, Operations Director at Twentieth Century Fox Home Entertainment.

"The different needs and demands to be met simultaneously at a nation-wide level made this a typical job for us", explains Wolfgang Weber, Director Operations & Finance of trans-o-flex. "On the one hand, we had pallets and parcels as well as some especially broad parcels, while, on the other hand, the goods taken over as aggregate shipments had to be picked and packed and then delivered just-in-time, whereby each recipient wanted to receive all orders in one combined shipment including parcels and pallets." In order to ensure the delivery of the basic equipment to the shops, trans-o-flex used 17 articulated lorries to collect the goods from the customer's logistic centre, feed them into its network and deliver them to shops all over Germany.

"Avatar" is a fantasy/science fiction movie made by James Cameron that combines full live-action takes with computer-generated scenes. Most of the film has been produced in a virtual studio using newly developed digital 3D cameras. "Avatar" premiered on 17th and 18th December 2009 and, until today, grossed approximately $ 2.7 billion. This success makes "Avatar" the first movie to exceed the $ 2-billion limit and surpass "Titanic" ($ 1.8 billion). The world-wide release date for "Avatar" on Blu-ray disc and DVD was 23rd April 2010.

trans-o-flex, based in Weinheim, South-West Germany, is a logistics group active throughout Europe. In Germany, via its express delivery service, it offers a full-coverage network for efficient and safe transport of parcels and pallets (combi-freight). Apart from its nationwide 24-hour deliveries (usual transit time) with numerous Express and added-value options such as hazardous material transport, trans-o-flex has developed the Eurodis network which provides delivery services in European countries, making trans-o-flex one of the leading combi-freight service providers in Europe. trans-o-flex implements tailor-made logistics concepts and has developed numerous solutions for specific sectors, for instance for the pharmaceutical and consumer electronics / home entertainment industries. The trans-o-flex network is also able to transport hazardous goods in large quantities. Annual sales of the group, which has 1,125 employees in Germany, amounted to € 500 million in 2009. Since June 2008 the Austrian Post (ÖPAG) has been sole shareholder in trans-o-flex.