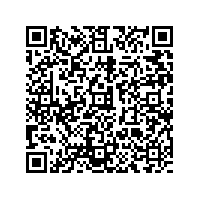 (lifePR) ( Igersheim, 06.04.10 )
For the fifth time, from September 26 to October 2, 2010, the curtain will be raised for up-and-coming national and international singers of opera music at DEBUT 2010. An exceptionally high standard, distinguished vocal perform-ances and an unforgettable atmosphere - these are the hallmarks and expectations of the European Opera Sing-ing Competition DEBUT. The young singers participating will face a jury of eminent experts in the course of the competition week, which will wind up with a gala concert. Prizes worth more than €25,000 will be presented to the winners.

The gala evening with the Württembergische Philharmo-nie Reutlingen on October 2 will once again provide a magnificent setting for the finalists competing for the Gold, Silver and Bronze Viktorias in the Wandelhalle Bad Mergentheim. Both the qualifying rounds and the semi-finals will be held in nearby Weikersheim Castle, where DEBUT's new partner, Jeunesses Musicales, runs a mu-sic academy of international repute. The partnership with Jeunesses Musicales Deutschland and its academy will sharpen the focus of DEBUT's declared sponsorship phi-losophy. Through the traditional "Young Opera Schloss Weikersheim" festival, JMD will contribute with acknowl-edged expertise and international contacts. Based in Weikersheim Castle, it is also one of the Hohenlohe / Tauber Valley region's best known cultural players.

DEBUT 2010 is expected to attract around 200 candidates from Germany and all over Europe. Held every second year, DEBUT traditionally supports singers hoping to embark on an international career and is open to talented newcomers with the following voices: soprano, mezzo-soprano, alto, tenor, counter-tenor, baritone and bass. The deadline for the submission of applications is June 30, 2010.

To Manfred Wittenstein (sponsor, initiator, President of WITTENSTEIN AG and President of the German Engi-neering Federation (VDMA)), the Competition represents a unique contribution to the classical music scene not only in Baden-Württemberg but also in Germany and indeed the whole of Europe, forging an unusual but highly successful link between industry, technology and culture. Professor Wolfgang Reinhart, Minister for Federal, European and International Affairs of the state of Baden-Württemberg and the Competition's representative, will personally attend the gala concert and final round.

DEBUT 2008, the last DEBUT event, set several new benchmarks: a total of seven singers - the cream of 189 original candidates, equivalent to yet another substantial rise in applications - took part in the final, in which twelve prizes and special prizes awaited the best of the best. 51 performers of both sexes, hailing from an impressive 19 different countries, were shortlisted in an internal selection process and subsequently invited to Weikersheim. The ultimate winners were Olga Bezsmertna, Ukraine (Gold Viktoria), Anna Kasyan, Georgia (Silver Viktoria) and Christina Dietzsch, France (Bronze Viktoria). At the end of the gala concert, finalist Uwe Stickert was hired direct from the stage by Guy Montavon, General Manager of the Erfurt Opera Company.

The new partnership between DEBUT and Jeunesses Musicales Deutschland (JMD) is the outcome of a con-scious decision. "JMD will help us achieve our goal of promoting talented young singers", says DEBUT General Manager Ulrich Boelcke. DEBUT's new profile includes workshops on the subject of stage training and presence - an innovation introduced by the new Artistic Director at JMD, Patrick Bialdyga: "It is our aim to attend to the wel-fare of all participants - not just the finalists - which means everyone should return home with positive mo-mentum to stimulate their further development".

Bialdyga, who works as a freelance director in Berlin, is also responsible for "Young Opera Schloss Weikersheim", JMD's traditional international opera course, which is considered in the opera world to be one of the most important projects to support the upcoming generation of opera singers on a global level. At the same time, Jeunesses Musicales' worldwide network has enabled DEBUT to establish new international contacts. DEBUT, in turn, will be one of the highlights in the programme of JM International's "World Meeting Center", which thanks to its Weikersheim location plays a crucial role in the cul-tural life of the Hohenlohe / Tauber Valley region.

The standard of the DEBUT 2010 Competition is re-markably high: the only contest of its kind in the world, it gives young opera singers (age limit: 32 for ladies and 34 for men) an opportunity to showcase themselves to a top-flight jury. This year's six-strong jury will once again be chaired by Dr. Karl Dietrich Gräwe, music critic at the ARD broadcasting company in Berlin. All the jury mem-bers are eminent players in the opera world, drawn from the areas of singing, management and journalism. The finalists will receive their awards on October 2, 2010.

Opera singers who are European or Israeli citizens and whose principal place of residence has been in the geo-graphical territory of Europe or Israel for at least two years prior to the start of DEBUT 2008 are eligible to participate. All competitors must have stage experience.

The Competition will be held in Weikersheim and Bad Mergentheim (Main-Tauber district, Germany). Following qualifying rounds for all participating singers in the Weikersheim Castle Arsenal from September 27 to 29, 2010, the event will wind up with a gala concert to be given by the finalists in the Wandelhalle, Bad Mergen-theim, on October 2. Accompanied by the Württember-gische Philharmonie Reutlingen, conducted by Maestro Fabrice Bollon, the selected finalists will face the jury one more time. The gala evening - hosted by Jan Hofer, Sen-ior Newsreader on ARD's television news - will come to a fitting conclusion with the presentation of substantial prizes to the winners.

Public awareness of the competition is rising along with media interest: for the first time, SWR 2 will broadcast the gala concert live on October 2.

The DEBUT Competition forges a novel link between industry, technology and culture. It manages without any form of public sponsorship and as such is completely independent. The future of this fledgling competition - staged biannually - is guaranteed until at least 2012. WITTENSTEIN AG subsidises every DEBUT contest with a six-figure euro amount.

The Competition was initiated by mechatronics specialist WITTENSTEIN AG. It is the fulfilment of a personal vision by Dr. Manfred Wittenstein, President not only of the company but also of the German Engineering Federation (VDMA) - and hence the top representative of one of Germany's leading branches of industry. The umbrella association for more than 929,000 jobs and sales of 160 billion euros in 2009, VDMA is the country's biggest in-dustrial employer.

Dr. Manfred Wittenstein: "The launch in 2002 of an inter-national singing competition was the realisation of a long cherished dream. The Competition was conceived as a special gift - to ourselves and to the broader community to which we belong. We believe that life and work form part of an indivisible whole which needs to be defined anew every day. Our employees share in the added value we contribute to the region. Whatever we do, performing at the highest level is fulfilling in itself - and in this sense our day-to-day business world is an integral element of our cultural life."

To DEBUT General Manager Ulrich Boelcke, the creativ-ity of talented young players has a strong relevance for the engineering sector: "Engineering companies like the WITTENSTEIN Group derive their strength from highly creative minds. Change and innovation are immensely important to us."

In addition to cash prizes worth over €25,000, promising careers will also be furthered with opportunities for public performances. As one of the special prizes, Jeunesses Musicales will offer a role in its production of Mozart's "Cosi fan tutte" at the "Young Opera Schloss Weikersheim 2011" festival.

The sculptures which will be presented to the winners, especially designed by Viennese artist Professor Ernst Fuchs and donated - as every year - by Kunstgießerei Strassacker in Süßen, are truly distinctive objects.