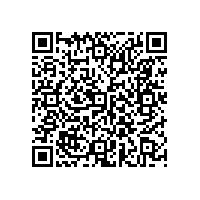 HAMAGBIHI and GET FIRE by YOSSEF OHANA 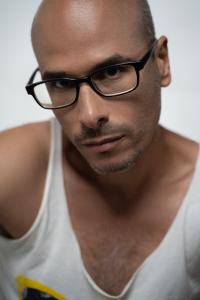 (lifePR) ( Tel Aviv, 15.06.20 )
The intriguing album's name is taken from chapter in the Psalms. This is not a revealing statement about being religious or repentant, unique artist Yossef Ohana clarifies, but this does not prevent him from attending a Chabad ultra-Orthodox meeting. Yossef Ohana visits the ultra-Orthodox Chabad meeting on Zamenhof Street in Tel Aviv almost every morning. He studies Torah, Psalms, Tanya (Hasidic lessons) and especially the sources of Judaism, which excite him every day. Connecting to the ancient roots, and deepening the answers to the essential questions where did I come from? What is the origin of all the universe? Questions that have been debated for 40 years have led Yossef Ohana to discover Judaism. And it affects his creations in a very unusual and prominent way. That's how ‘Hamagbihi’, an exciting new clip, was born from a fascinating musical studio album ‘Exposed (Hamagbihi version)’. The original quote from the Psalms has taken Yossef Ohana as a source of endless inspiration, from where he derives the names of his electronic and dance musical works for two years, which he has connected with Chabad rabbis. Yossef Ohana, a member of a traditional Moroccan family, grew up in Ashdod (Israel) and revealed his life in an autobiographical digital book published in August, in Hebrew. A printed (hardcover) English version of the book was released worldwide in February this year - Followed by an eBook called ‘Exposed’. And the new video clip is Get Fire: He declares "I love kids like Michael Jackson" - in a new and contemporary clip. Yossef Ohana's contemporary new clip from Ashdod has risen to the excitement of not only Michael Jackson's fans - but all of us. Yossef Ohana comes out with a new clip that reveals dark sides in our society of 2020. But don't be fooled by the fact that this is a gimmick to attract attention Yossef Ohana explains for the first time since the clip went on air the provocative words of the new single. ”I wrote those words because I think Michael Jackson didn't do what the media claimed he did with the kids," Yossef Ohana, who's on his heart, tells us today as an explanation for his new clip lyrics. A clip that raised renewed question marks about one of the most intriguing and sad cases in US entertainment history - Michael Jackson and the children. Yossef Ohana, soon 42 years old, is celebrating his birthday with a new clip, GET FIRE, whose provocative words evoke identification with king of pop, the one and only, singer Michael Jackson. The clip went online and attracted thousands of fans who have long believed - Michael Jackson - is innocent. Now also joined by public sympathy from singer and writer Yossef Ohana, a unique act, made for the first time in the history of Israeli and world pop. The singer and writer, Yossef Ohana, from Ashdod (Israel), recently published an autobiographical book, and recorded music since he was a child, he studied acting at age 12 in the municipal library of the coastal city of Ashdod where he performed with a group of actors based on children's books and has since exited the stage after military service. Continued his performing arts studies in Tel Aviv and London. He also recently studied music there when his biggest dream was to reach first place on the wheel of a wheelchair. The single also released Spotify and the Apple Music app as well for purchase from iTunes and many other digital music stores. The lyrics and melody were composed by Yossef Ohana and the music producer of the song. Why make such statements? The question arose, and Yossef Ohana explains to us today for the first time since the clip went on air: - "I think they've been chasing Michael Jackson all these years for things that I think as he claims he didn't do I tend to believe he was an amazing person.“ And how do you know the fact that he was such a person? "Even when I met his sister Janet in London, he seemed to come from a good family and because I believe in his kindness, I decided to write the song about him. The name of the song was "Get Fire" which is what I feel Michael was - he drew the haters fire to him alongside a huge wave of fans”.

Pressemitteilung HAMAGBIHI and GET FIRE by YOSSEF OHANA weiterempfehlen