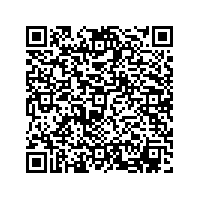 News abonnieren
(lifePR) ( Villars-sur-Glâne, 23.11.17 )
.
- Iron Deficiency Day takes place annually on 26 November to highlight the impact of iron deficiency, an under-recognised and underdiagnosed condition even in up-to-date healthcare systems.1,2
- This year's Iron Deficiency Day aims to help people recognise the many symptoms associated with this widespread, but neglected, health condition.
- A recently published expert review underscores the importance of consistent guidance to diagnose and treat iron deficiency and iron deficiency anaemia,  in particular in the context of long term conditions.1

Iron deficiency is a health-related condition in which iron availability is insufficient to meet the body's needs and which can be present with or without anaemia.1 Iron is essential for the healthy functioning of the whole body, including that of the heart, muscles and red blood cells.1,5 It is also important for optimum mental and physical health, and to keep energy levels up.6,7,8 The WHO recognises as much as a 30% reduction of physical work output and performance in iron-deficient men and women.9

Despite its prevalence, many people do not recognize the symptoms of iron deficiency10 and obtaining a correct diagnosis is challenging.1,4

Luisa Avedano, CEO of EFCCA (The European Federation of Crohn's and Ulcerative Colitis Associations) commented: "For people with ulcerative colitis (UC) or Crohn's disease (CD), iron deficiency and iron deficiency anaemia are common problems. Symptoms such as persistent fatigue and lack of energy can have a significant impact on quality of life, so effective management of the iron levels is important as a part of the wider management of UC and CD. Iron Deficiency Day 2017 should help by prompting people to get checked if they suspect they may have any symptom of iron deficiency."

With its accompanying international communication campaign featuring easily understood explanations of the various symptoms in approachable character form, Iron Deficiency Day 2017 aims to help people recognize the symptoms of iron deficiency. Symptoms suggesting iron deficiency are generally vague and can be associated with a number of clinical conditions. Symptoms highly suggestive of iron deficiency include generalized fatigue, often independent of anaemia, and ingestion of non-nutritive materials such as clay, dirt, paper, ice, and others (pica). Other common symptoms include brittle nails, hair loss, and restless legs syndrome.1,4

Underlining another condition where iron deficiency can have a significant adverse impact,1 Nick Hartshorne-Evans, Founder and CEO of the Pumping Marvellous Foundation commented: "Iron deficiency in conditions such as heart failure is a very serious and real problem. It seems according to recent research that as many as one in two people with heart failure may have iron deficiency. Events such as Iron Deficiency Day 2017 are important in raising awareness of iron deficiency and its impact."

The tools available on irondeficiencyday.com include a new symptom browser, visual infographics and advice for people, encouraging them to discuss iron deficiency with their physician.

Iron deficiency affects one third of the world's population.3 Despite advancements in many healthcare systems across the globe, up to half of the child population under the age of five and 50% of pregnant women in the developing world are iron deficient.9 Iron deficiency impairs the cognitive development of children from infancy through to adolescence. It damages immune mechanisms and is associated with increased morbidity rates.11

Vifor Pharma, a company of the Vifor Pharma Group, is a world leader in the discovery, development, manufacturing and marketing of pharmaceutical products for the treatment of iron deficiency. The company also offers a diversified portfolio of prescription and non-prescription medicines. Vifor Pharma's operational headquarters are in Zurich, Switzerland, and the company has an increasingly global presence and a broad network of affiliates and partners around the world. For more information about Vifor Pharma, please visit www.viforpharma.com.