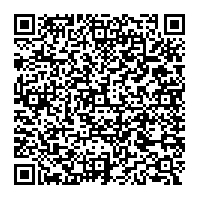 News abonnieren
(lifePR) ( Paris, 20.11.17 )
Yann Arthus-Bertrand, President of the GoodPlanet Foundation, and Patrick Pouyanné, Chairman and Chief Executive Officer of Total, today signed an agreement for a project to deploy 8,400 biodigesters in Telangana State, India, to improve the lives of 45,000 people and contribute tackling climate change. This voluntary carbon neutrality initiative, eligible for certified carbon credits, will avoid the emission of 50,000 tons of carbon dioxide equivalent a year for a period of 10 years. That is equivalent to all emissions generated by plane travel by Total employees.

Designed for use by households, biodigesters utilize a fermentation process to convert livestock manure into biogas for cooking and hot water. The solids that remain after fermentation are then used as a nutrient source for crops. Millions of households in India use wood as their primary fuel. The Adilabad project will provide around 45,000 disadvantaged people with renewable, clean, affordable energy. The benefits will include:

 Improved health and living conditions, especially for women and children, by reducing the risk of respiratory and eye infections caused by indoor air pollution.

 Reduced spending on fuel for cooking and synthetic fertilizers.

"Since 2006, I have been encouraging companies and individuals to offset the greenhouse gas emissions generated by their air travel. That’s why the GoodPlanet Foundation has created the Social Carbon Offsets programme. Our projects are eligible for certified carbon credits and deliver positive outcomes for local communities that can be measured in terms of the 17 UN Sustainable Development Goals. I’m very pleased that Total will be working with us to measure, reduce and offset carbon emissions from its air travel in a project that will provide 45,000 people in India with clean energy," stated Yann Arthus-Bertrand, President of the GoodPlanet Foundation.

"We are delighted to partner with the GoodPlanet Foundation, recognized for its commitment to environmental, climate and social issues. The project is aligned with Total’s broader strategy to tackle climate change and make us the responsible energy major. It also delivers significant benefits in terms of access to affordable, reliable, clean energy for as many people as possible," commented Patrick Pouyanné, Chairman and Chief Executive Officer of Total.

This project in India was selected because of the country’s pivotal role in achieving the Paris Climate Agreement’s 2°C objective and because of the GoodPlanet Foundation’s expertise in the region. The Adilabad project is starting up this month. The first biodigesters will be operational in 2018.

At the same time, Total will also set up initiatives to increase employee awareness of their carbon footprint and ways to offset air travel, with the support of the GoodPlanet Foundation, specialized in environmental education and concrete action.

The carbon offsetting program comes on top of the reduction of the carbon dioxide equivalent emissions associated with Total employees’ plane travel. Since 2014, these emissions have decreased by 20%.

Total, the Climate and Carbon Emissions: An All-Encompassing Strategy

Total integrates climate issues into its strategy and is reducing the carbon intensity of its activities:

 In the energy mix supplied to customers: Total is aiming to have low-carbon businesses account for nearly 20% of its portfolio in 20 years’ time through a proactive strategy in the natural gas downstream, its exit from coal, and large-scale development of gas-fired or renewables-base power generation and in energy storage.

 In its facilities: Since 2010, a 24% reduction in CO2 emissions from oil- and gas-related operations, thanks in large part to reducing routine flaring to eliminate it by 2030, mitigating methane emissions and improving energy efficiency by 1% per year.

 In the way its products are used, thanks in particular to the "Total Ecosolutions" lineup: 8 million tons of carbon emissions have been avoided since it was introduced in 2009.

 By offering energy efficiency services to customers through its affiliates GreenFlex, BHC Energy and Tenag and its fuel marketing affiliates in France.

 By investing in carbon capture, utilization and storage: Launch of an industrial-scale storage project in Norway this year and up to 10% of the R&D budget allocated to CCUS technology.

 By advocating carbon pricing: Total includes a carbon price of $30 to $40 per ton in its project costs, is a member of the World Bank’s Carbon Pricing Leadership Coalition and has joined the Climate Leadership Council’s initiative to introduce a carbon tax in the United States.

 By taking part in various industry or international organizations, with the creation of the Oil and Gas Climate Initiative, participation in a $1 billion oil&gas industry fund to develop new technology to address the climate challenge, in particular CCUS.

 All these initiatives are aligned with the UN’s Sustainable Development Goals, with Patrick Pouyanné named SDG Pioneer in 2017.

GoodPlanet, the Climate and Commitment to Voluntary Carbon Offsetting

As part of its public interest mission, the GoodPlanet Foundation has since 2006 been addressing climate disruption with additional initiatives:

 Educating the public through the magazine GoodPlanet Info and publications such as "60 Solutions Against Climate Change."

 Measuring the carbon footprint of individuals, businesses of all sizes and communities using calculators available on its website or the Bilan Carbone® method.

 Offering the support of its CSR unit to reduce the carbon footprint and rally all stakeholders.

About the GoodPlanet Foundation

An extension of Yann Arthus-Bertrand’s artistic work and commitment to the environment, GoodPlanet, a recognised public interest foundation, aims to make ecology a central issue in order to encourage people to take concrete action for the Earth and its inhabitants.

Created in 2005, the GoodPlanet Foundation develops artistic (7 billion Others, HUMAN, etc.) and educational projects to raise awareness among the general public worldwide.

Since 2006, GoodPlanet, through its Social Carbon Offsets Programme, has developed and supported 41 projects in 21 countries. Thanks to its voluntary carbon offsetting programs, GoodPlanet targets everybody, from individuals, cities to companies (SMEs and multinationals).

In 2015, GoodPlanet launched the programme "The solution is on the plate!", which promotes 60 solutions and 100 concrete initiatives for responsible food consumption, taking into account pleasure, public health and climate protection.

In July 2015, Paris City Council entrusted the Domaine de Longchamp to the Foundation for a 30-year period. The first site dedicated to ecology and humanism in Paris, inaugurated in May 2017 and free and open to all, the Fondation GoodPlanet – Domaine de Longchamp promotes generosity, learning and sharing.

The GoodPlanet Foundation has been awarded the IDEAS Label for its financial transparency, good governance and efficient programmes.

This press release, from which no legal consequences may be drawn, is for information purposes only. The entities in which TOTAL S.A. directly or indirectly owns investments are separate legal entities. TOTAL S.A. has no liability for their acts or omissions. In this document, the terms "Total" and "Total Group" are sometimes used for convenience where general references are made to TOTAL S.A. and/or its subsidiaries. Likewise, the words "we", "us" and "our" may also be used to refer to subsidiaries in general or to those who work for them.

This document may contain forward-looking information and statements that are based on a number of economic data and assumptions made in a given economic, competitive and regulatory environment. They may prove to be inaccurate in the future and are subject to a number of risk factors. Neither TOTAL S.A. nor any of its subsidiaries assumes any obligation to update publicly any forward-looking information or statement, objectives or trends contained in this document whether as a result of new information, future events or otherwise.

Total is a global integrated energy producer and provider, a leading international oil and gas company, a major player in low-carbon energies. Our 98,000 employees are committed to better energy that is safer, cleaner, more efficient, more innovative and accessible to as many people as possible. As a responsible corporate citizen, we focus on ensuring that our operations in more than 130 countries worldwide consistently deliver economic, social and environmental benefits.