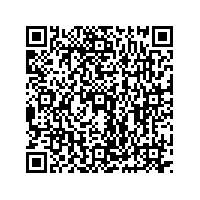 An increasing number of people want to keep themselves mentally fit whilst having fun. Consequently, "brain games? and "skill games? have gained popularity amongst people of all ages. gimigames.de?s involvement in this market is based on a future-oriented business model. For trifle amounts of money, users can put their intelligence and skill to the test with various games such as Sudoku and Memory. Unlike the majority of online games, there are no virtual opponents or individuals to play against. Instead, a corresponding number of players are pooled in a round, and 50% of these advance to the next round. Because of the large number of participants, players can win attractive sums of money each session, despite the low entry fees.

As part of its financing round, the company is due to receive fresh capital which it intends to use for market development and to expand its user structure. "We were impressed by gimigames and particularly by their business model. This uses the current trend in brain and skill games and actively links it with the possibilities of the Internet. Users across the world can become part of a massive multiplayer online game with a single mouse-click," explains Ingo Drexler, Executive director of Mountain Super Angel AG.

Secusmart, another of Mountain Super Angel?s portfolio companies, can also announce some good news. The Procurement Agency of the German Federal Ministry of the Interior (BMI) has signed a purchase agreement with Secusmart for several thousand encrypted mobile phones for the federal authorities. The modern technology from Secusmart safeguards mobile phone communications against eavesdropping attacks. "With this order, Secusmart has once again demonstrated the potential of its technology. We therefore expect this company to continue along this highly positive course of development," comments Daniel S. Wenzel, Executive director of Mountain Super Angel AG. He continues: "At present, we view general conditions for further investments as highly attractive. We have already used them to our advantage for two promising, new investments in yourdelivery and gimigames, and we are also planning to make additional commitments in the near future."

www.gimigames.com is a platform for multiplayer brain games that is operated by Prima Live Ltd. It was launched in the summer of 2009 and is offering live games such as like Mahjong or Sudoku that are played simultaneously by a large number of players from all over the world. In contrast to games of chance, the outcome of a skill game is only determined by the player?s skill. Stakes begin at a low level, but are rising from round to round, offering substantial winnings to players. In addition to their regular winnings players may win live jackpots."

Secusmart was founded by Dr. Hans-Christoph Quelle, Dr. Christoph Erdmann and Torsten Jüngling in August 2007 in Düsseldorf, Germany. Secusmart is a spin-off of NOKIA and is provided with every possible support by the German Office for Information Security (BSI). When designing its products, Secusmart places particular emphasis on meeting the needs of large and medium-sized businesses and the needs of authorities and organisations with security requirements (BOS).

MOUNTAIN SUPER ANGEL AG is a public Swiss investment company based in St. Gallen. The corporation was initiated by the Mountain Partners Group and draws upon the group?s widespread network. The company considers itself as an 'institutional investor with business angel character'. Thus, Mountain Super Angel AG invests in companies and in return offers market expertise and management-know-how to support growth potential.

The investment focus is on technology-driven markets with a high growth potential - primarily in German speaking countries. The equity is mainly invested into early-stage financing, restructuring and pre-IPO transactions. MOUNTAIN SUPER ANGEL AG shares are traded under 4MS (ISIN: CH0033050961) on the Open Market of the Frankfurt Stock Exchange.