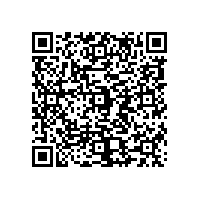 Air Transport Leaders to Converge in Cape Town in June 2013

"South Africa will be a great location for the AGM and WATS in 2013. Air connectivity is key to South Africa's economic success, contributing 2.1% to the country's GDP. Along with supporting South Africa's strong tourism sector, air connectivity plays a critical role in maximizing growth opportunities arising from South Africa's BRICS membership and the burgeoning African economy," said Tony Tyler, Director General and CEO of IATA.

South African Airways accepted IATA members' proposal to host its 69th AGM. The announcement was made today at the close of this year's AGM and WATS in Beijing, China.

"We look forward to hosting the global air transport community in South Africa. Holding the AGM and WATS on African soil will focus the global industry's attention on the tremendous opportunities as trade and tourism links are being strengthened within the continent and to new and traditional markets beyond," said Siza Mzimela, South African Airways CEO.

The aviation and aerospace sectors contribute about ZAR51 billion (approx USD 6,07 billion) which is equal to 2.1% South Africa's GDP. This activity supports over 227,000 South African jobs. The bulk of this contribution is driven by commercial airline transport.

Along with shining a spotlight on Africa's opportunities, the AGM and WATS will provide a forum for discussing its challenges. "Growth in Africa is impeded by regulatory burdens and a poor safety record compounded by the high fuel prices in many parts of the continent. IATA is working across the continent with governments, regulators and airlines to improve safety, sustainability and competitiveness. Holding the AGM and WATS in Cape Town will provide a prominent platform to address these issues and challenges," said Tyler.

This year's AGM and WATS in Beijing attracted some 750 airline industry leaders representing IATA's 242 member airlines. It drew a further 350 journalists representing major media outlets from around the world.

"The IATA AGM and WATS is a unique marketing and publicity opportunity for our industry, for Cape Town and for South Africa. Significantly, it takes place at the same time as our country is rolling out a new national infrastructure development programme. This will position South Africa to play a vital role driving trade, business and tourism on the continent together with current and developing markets in Brazil, Russia, India & China. In turn this promises to create jobs and tackle poverty and inequality in South Africa," added Ms Mzimela.

Notes on the Benefits of Aviation for South Africa:

According to Oxford Economics' recent study on the Benefits of Aviation to South Africa, 21 million passengers and over 240,000 tonnes of freight travel to, from and within South Africa on more than 52,500 scheduled international flights annually serving 77 airports in 51 countries. Domestically, more than 156,000 flights provide more than 17 million seats on routes linking 17 airports across the country.

The study, which was commissioned by IATA on behalf of the industry, reports that in 2010 there were 66 routes per week connecting major airports in South Africa to major economic centres around the world. On average, there were four outbound flights per day on those routes. Twelve of these routes connected South Africa to cities of more than 10 million inhabitants with an average of 1.5 outbound passenger flights each day. Many of these city-pair connections are only possible because of the traffic density provided by hub airports. South Africa's integration into the global air transport network transforms the possibilities for the country's economy by:

- Increasing the flexibility of labour supply and reduce unemployment

- Raising productivity and hence the economy's long-run supply capacity. It is estimated hat a 10% improvement in air connectivity relative to GDP would see a ZAR1.5 billion per annum increase in long-run GDP for South Africa's economy