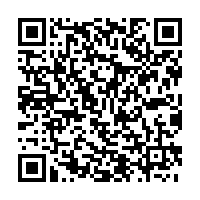 (lifePR) ( Liege, 23.12.09 )
XDC, European leader in digital cinema distribution services, has taken a major step forward in order to execute its strategy to deploy and service more than 8,000 digital cinema screens across Europe by 2015.

XDC is the first company to have VPF digital cinema deployment agreements with all 6 major US film studios for a total of 8,000 digital screens in 22 European countries. VPFs (Virtual Print Fees) allow cinema exhibitors to invest in digitalisation with the financial support of the film studios, throughout XDC, deploying entity. XDC's VPF agreements make it the largest player in the roll-out of digital cinema in Europe.

As only 5% of the European movie screens have already been digitalized, digital cinema is expected to grow tremendously in the coming years, thanks to the VPF system and a strong market demand for 3D movies and alternative content.

The new EUR 15.3 million funding by Gimv, SRIW and selected existing investors, provides the company with the funds to finance its growth in the coming years. Founding partner EVS remains the most important investor with a 30.2% fully diluted stake (41.3% not diluted) while SRIW and Gimv become cornerstone investors with a 20.7% and 20.2% stake (fully diluted) respectively.

Serge Plasch, CEO of XDC, stated: "Securing new funding in this challenging financial climate shows the market potential of XDC's technology and services. We are very proud that a new investor such as Gimv shares the vision with SRIW and our founding shareholders. With this funding, the company will be able to accelerate its network deployment and to expand its digital content services to the European cinema industry and beyond."

Alain Keppens, Head Buyouts & Growth - Belgium at Gimv, stated: "Gimv is very pleased to further strengthen XDC's capital and become co-investor together with EVS. Our Buyouts & Growth and Technology teams were able to tap on our knowledge from current and past investments in the entertainment and media sectors, such as Barco, Alfacam and Kinepolis Group. We believe that the combination of XDC's strong capital base, its financing agreements with banks and its strong support and service offering should enable the company to capture a major part of this high-growth market. Moreover, we are convinced that the company is wellpositioned to reinforce its leadership in Europe."

Olivier Vanderijst, Chairman of the Executive Committee of SRIW, stated: "XDC is today the European leader in its sector. Following our first investment in 2008, our additional commitment in this major financing reflects our mission to support Walloon companies in their international expansion. It is also another evidence of the SRIW involvement in new technologies." Eric Bauche, Executive Committee Advisor at SRIW, added: "Last but not least, XDC shall create new vacancies in Liege (Belgium) and across Europe for highly skilled people in the coming years."

XDC is the European leader for Digital Cinema technology and services in Europe with more than 1.350 committed digital screens in 11 European countries (Germany, Switzerland, Spain, Austria, Portugal, Belgium, The Netherlands, Hungary, Czech Republic, Slovakia and Poland) out of which 50% have already been deployed.

XDC HQ is based in Liege (Belgium) and provides end-to-end digital cinema solutions including equipment supply, financing (VPF, leasing, ...), training, installation and 24/7 maintenance, as well as content processing and delivery. The company is the first entity to have VPF digital cinema deployment agreements with all 6 major US studios Warner, Fox, Universal, Paramount, Sony and Disney for a total of 8,000 digital screens in 22 European countries. Besides its financing program with ING Lease, XDC has set up a global financing of 100 millions Euros with a bank consortium led by BNP Paribas Fortis to allow the VPF roll out of 2,000 digital screens for its European deployment program. XDC Digital Content Lab has been processing more than 600 different titles, and offers a full service including mastering, duplication, key management, 24/7 helpdesk, extranet tracking, physical/virtual delivery. Last but not least, XDC is also very active in Alternative Content by offering a full service from booking and promotion up to delivery, reporting and box office collection. www.xdcinema.com

SRIW is the corporate investment vehicle owned by the Walloon Region. Founded in 1979, it currently manages around EUR 1 billion of assets. SRIW provides long term equity or equity-linked funding to support the international expansion of Walloon companies and attract foreign companies in that region. SRIW focuses on industrial companies, as well as environmental activities, technologies and telecommunications. www.sriw.be

Gimv invests in buyouts and provides growth capital to established companies and has local teams in Belgium, France, The Netherlands and Germany. Gimv makes venture capital investments in high tech sectors through its specialist teams in Life Sciences, Technology and Cleantech. www.gimv.com