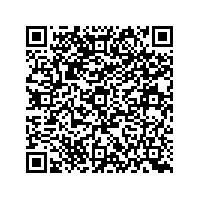 Deutsche Wohnen expands Management Board to include Henrik Thomsen

News abonnieren
(lifePR) ( Berlin, 17.05.19 )
.
- Another member of Management Board appointed by Supervisory Board
- Restructuring of customer service and investment

The Supervisory Board of Deutsche Wohnen SE decided today to appoint Henrik Thomsen (born 1964) onto the Management Board of the company. Mr Thomsen will take up his position with Deutsche Wohnen by 1 January 2020 at the latest.

His areas of responsibility will include new builds, modernisation and refurbishment projects, neighbourhood development and smart living investment. He will also be responsible for the investment budget of the Deutsche Wohnen Group, which is approximately EUR 500 million a year.

As Matthias Hünlein, Chair of the Supervisory Board of Deutsche Wohnen SE, explains, “We are delighted that we have been able to secure the services of Henrik Thomsen, a leading and highly regarded real estate professional. Mr Thomsen will provide important support to the company and his colleagues on the Management Board in their efforts to deal with some of the major challenges that face the sector. These challenges include how to invest in a way that is climate-friendly, how to build new housing sustainably and how to improve customer satisfaction. Having expanded its Management Board to four members in response to the significant growth of the Deutsche Wohnen Group, the company will be able to broaden its focus.”

Currently, Henrik Thomsen is a director with Groth Development GmbH & Co. KG. Before that, he worked for CA Immo, DB Station & Service and also Drees & Sommer. He was responsible for neighbourhood development and project development. This included work on Europacity by Berlin Central Station, for example. Mr Thomsen is a graduate engineer and a real estate economist. In future, he will intensify the new-build activities of the Deutsche Wohnen Group and, in so doing, will help to respond to the widespread call for major private companies to build more new housing.

As of 1 April 2019, Lars Urbansky had already been appointed to the Management Board of Deutsche Wohnen. In future, he will have overall responsibility for the company’s ongoing customer business. From 1996 to 2008, Mr Urbansky worked for GEHAG GmbH, which is now part of the Deutsche Wohnen Group, and then went on to take up various senior management positions within the Group.

Specifically, his job will consist of managing the various service companies of the Deutsche Wohnen Group, which have approximately 900 employees and serve as points of contact for existing and new tenants. The key responsibility in this area of the company’s work is to subject service processes to thorough quality checks in order to further develop and improve both customer service and communication with tenants. Increasingly, digital tools will be used to achieve these goals, which means that the company will collaborate more intensively with external partners.

Following the previously announced departure of the current COO Lars Wittan by the end of September 2019, the Management Board of Deutsche Wohnen SE will consist of the two new directors Henrik Thomsen and Lars Urbansky as well as the CEO Michael Zahn and the CFO Philip Grosse no later than by the turn of the year.

This publication is neither an offer to sell nor a solicitation to buy securities.

Deutsche Wohnen is one of the leading publicly listed property companies in Germany and Europe with a business focus on managing and developing its portfolio, which consists mainly of residential properties. As at 31 March 2019, the portfolio comprised 167,100 units in total, of which 164,400 were residential and 2,700 commercial. The company is listed in the Deutsche Börse's MDAX and is also included in the leading indices EPRA/NAREIT, STOXX® Europe 600 and GPR 250.