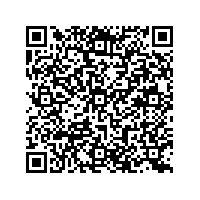 (lifePR) ( Offenbach/ Main, 12.10.20 )
Starting on October 9 at 7 pm, the opening of the B3 2020 was streamed live from the B3 Festival Center, Astor Filmlounge Frankfurt. As part of the online gala, the prestigious B3 BEN Awards and the Frankfurt Book Fair Film Awards were presented.

From October 9, 10 p.m., the B3 2020 program in the fields of film, art, games and VR/XR will also be available online to a worldwide audience free of charge. Films can be streamed at a small fee of 3 euros each. The virtual offer of B3 2020 includes:

- 60 inspiring artworks shown at the B3 Digital Gallery at b3biennale.com
- First-class- talks and gaming sessions at https://vimeo.com/b3biennale and on the B3 Facebook page https://www.facebook.com/B3.BiennaledesbewegtenBildes
- more than 40 exciting, recently produced films and premieres from all over the world at the B3 Virtual Cinema: films.b3biennale.com

BEN Awards go to Artists from Italy, Poland, Germany, UK, Slovenia, Switzerland and the US

US actor Willem Dafoe receives the B3 BEN Award 2020 for Most Influential Artist in the category Moving Image. The award thus goes to one of the most versatile and sought-after actors of his generation. The B3 BEN Award 2020 for Most Important Artist in the category Gesamtkunstwerk goes to German artist Anne Imhof, one of the most impressive artists of our time.

Excerpt from the jury statement: "With the means of animation, the artist succeeds in creating an incredibly precise image of a young woman’s psyche."

Excerpt from the jury statement: "HOME SWEET HOME is a short film that masterfully narrates the tension between outer high gloss and inner misery."

Excerpt from the jury statement: "The role of women as muses is experienced with all senses and simultaneously questioned. The installation by Evelyn Hriberšek is a bridge from Greek mythology to the 21st century."

Excerpt from the jury statement: The video installation of the Slovenian artist uses megalomaniacal examples in order to explore the ambivalence of gifts of all kinds. Formerly serious propaganda becomes cinematic satire.

Excerpt from the jury statement: Gavin Rothery embodies one hundred percent of the kind of cross-media artist to whom the B3 Biennial likes to give room. His debut feature film ARCHIVE offers stunning images and a deeply touching story set in the near future - technology and emotion at top level.

Excerpt from the jury statement: This film tells the unique story of an artist whose intellectual property has been hijacked and abused in the ugliest ways. A documentary with an unusually high visual value: fast-paced, entertaining and at the same time gripping like a detective story.

Prof. Bernd Kracke (Artistic Director of B3 and President of the University of Art and Design Offenbach)

"Best Literary Adaptation": I'm Thinking of Ending Things (Charlie Kaufman), based on the novel of the same name by Iain Reid

„Best Literary Adaptation: Series": Unorthodox (Maria Schrader), based on the novel of the same name by Deborah Feldman; screenplay by Anna Winger and Alexa Karolinski

"Best Adaptation for Children or Young Adults": Als Hitler das rosa Kaninchen stahl (Caroline Link), based on the novel of the same name by Judith Kerr

All informationen about B3 2020 at www.b3biennale.com.

The fifth edition of the B3 Biennial takes place as a hybrid festival from October 9 to 18, 2020, with a focus on TRUTHS. As a cross-media moving image festival with film screenings, exhibitions, conference and workshop programs as well as various competition formats, B3 conducts a cross-genre and cross-national discourse on trends and developments pertaining to the moving image in film, art, games and VR/XR. National and international artists and media professionals share their input on the present and future of storytelling. The aim of the Biennial, which was launched in 2013, is on the one hand to create a broad interdisciplinary alliance for the moving image, and on the other hand to offer the international cultural and creative industries a comprehensive platform for innovation and exchange. The B3 Biennial of the Moving Image is organized by the Offenbach School of Design (HfG) and funded by the Hessian Ministry of Science and Art (HMWK). Supporters include Kulturfonds Frankfurt RheinMain and Wirtschaftsförderung Frankfurt. Strategic partners of B3 are THE ARTS+ and the Frankfurt Book Fair.