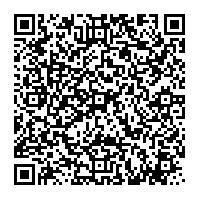 Exhibition in the University Library: "Homestory Deutschland: Black Biographies in Historical and in Present Times" 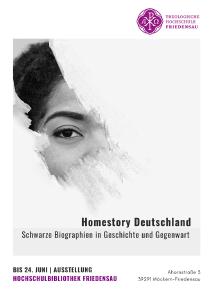 (lifePR) ( Friedensau, 19.05.20 )
From March 23 to June 24, 2020, the University Library is presenting the exhibition "Homestory Deutschland. Black Biographies in Historical and in Present Times" with biographies of selected personalities from a wide range of professions. All of them have one thing in common: They are black women and men, who lived in Germany, with special life stories.

The exhibition was brought to Friedensau thanks to the initiative of the School of Social Sciences at Friedensau Adventist University (FAU). The originator of the exhibition is the Initiative Schwarze Menschen in Deutschland (ISD-Bund e.V.). The 27 biographies give examples of individual life stories. The exhibition includes biographies of black people from the 18th century onwards. It shows the reasons why they came to Germany, where they made their lives, founded families, formed communities, became politically active and fought for their rights. The exhibition is bilingual: in German and English.

Among those portrayed are Theodor Wonja Michael, a retired government director who was not allowed to study as a young man and was forced to appear in ethnological expositions, and May Ayim, a poet and activist who was given to a foster family as a baby and committed suicide at the age of 36. The May-Ayim-Ufer in Berlin was named after her in 2010. And Anton Wilhelm Amo, a philosopher who was abducted from Ghana to the ducal court in Germany at the age of four as a gift for the Duke of Braunschweig-Wolfenbüttel. He later enjoyed a remarkable career: At the beginning of the 18th century, he taught as a lecturer at the philosophical faculty in Halle. Not only public figures are shown, but also women and men with everyday professions, such as the lawyer Ama-Pokua Pereira and the special education teacher Jean-Pierre Felix-Eyoum.

All the people presented in the exhibition experienced everyday racism in Germany, the origin of which can be traced back to German colonialism that had not been reappraised. This repressed part of German history is represented by reports and quotations from those portrayed. Above all, however, the exhibition shows people whose lives were shaped by racist experiences, but who had not let themselves be gotten down, but lived a self-determined and self-confident life.

Chigemezi Wogu, research assistant at FAU from Nigeria, comments: "I have been in Germany since 2013. As I walked through the exhibition, I was deeply impressed by the history of black people's struggle against racism. I have experienced similar things ... The fact that black people, even Nigerians, stood up against racism, regardless of the circumstances, encourages me ..."

"Homestory Deutschland" was conceived in 2006 by the Initiative Schwarze Menschen in Deutschland in cooperation with the Federal Agency for Civic Education and has already been shown in numerous German cities: www.isdonline.de

The Friedensau Adventist University is a state-recognized university under the sponsorship of the Seventh-day Adventist Church. Eight B.A. and M.A. courses - some of them part-time - can be taken here in the departments of Christian Social Work and Theology as well as a course in German as a Foreign Language. More than 30 nations are represented among the students. Prospective students can register for taster days and get to know life in the lecture hall and on campus: https://www.thh-friedensau.de. 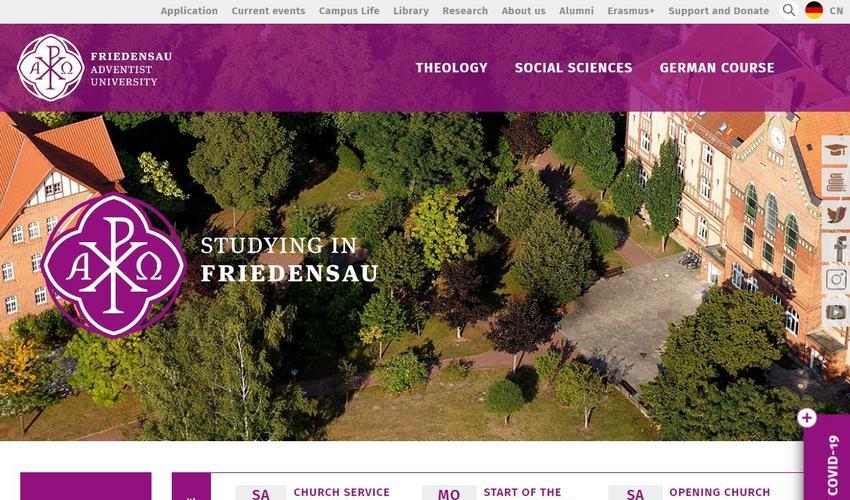