Richard Wagner's Ring In One Evening 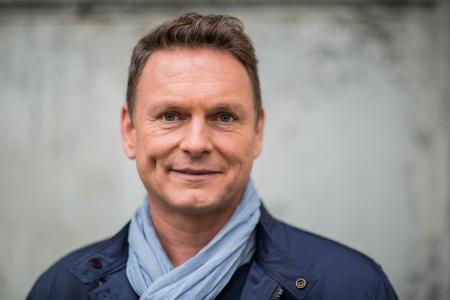 (lifePR) ( Leipzig, 09.04.21 )
On Saturday, 17 April 2021, the Oper Leipzig will present a star-studded Ring by Richard Wagner. A performance of the tetralogy was originally set to take place this weekend, but due to the pandemic will not go forward as planned. Instead, the Oper Leipzig will present a streamed version of Loriot’s charmingly streamlined and humorously abridged version of the cycle, entitled “Der Ring an einem Abend,” with TV moderator Axel Bulthaupt as the narrator. Das Gewandhausorchester will play with its full complement under the direction of Ulf Schirmer. The cast hints already at the Leipzig festival Wagner 22: Appearing in the Brünnhilde roles are Daniela Köhler (Brünnhilde in Siegfried), Lise Lindstrom (Brünnhilde in Walküre), and Iréne Theorin (Brünnhilde in Götterdämmerung). In addition, Olga Jelínková sings Woglinde, Elisabet Strid is Sieglinde, Iain Paterson takes on Wotan’s mantle in Walküre, Magnus Wigilius is Siegmund, and Michael Weinius Siegfried, to name just a few of guests and ensemble members. The performance will be recorded live the day prior, and then released on 17 April 2021 at 6:00pm, and will be available online for 48 hours at www.oper-leipzig.de.

You have to choose between love and power. Summed up, that is the quintessential essence of Wagner’s monumental myth Der Ring des Nibelungen. “Nur wer der Liebe Macht entsagt, nur wer der Liebe Lust verjagt, nur der erzielt sich den Zauber, zum Reif zu zwingen das Gold,” or “Only he who renounces the power of love and banishes its pleasures, can master the force necessary to wield the gold into a ring,” admonishes Woglinde, one of the Rhinemaidens. So begins the ominous fate that lies ahead of those who bear the ring made from the gold in the Rhine River. “The villains in this most violent drama in music history are actually rather quite lovely people,” commented the rather cheeky Vico von Bülow, alias Loriot, in his guidebook “Kleiner Opernführer”. Loriot adored Richard Wagner’s music, and is the only individual who can get away with reducing the 14.5-hour masterpiece into 3.5 hours of music. It’s no surprise that this distinguished representative of fine humor, a highly educated, self-deprecating linguistic acrobat, would come to love Richard Wagner. Self-styled as the protector of Wahnfried, an aura engulfing his personality, Wagner’s invention of a world populated by self-absorbed gods, clumsy gods, and complexity-laden dwarves – not to mention the Rhinemaidens’ liltingly rhythmic “Wagala weia!” – is, strictly speaking, perhaps just a touch unintentionally comical. But it also speaks to the great qualities of Loriot’s humor that he never demeans the material he chooses. And his love for music helped him create a “Ring in one evening” that takes key thematic passages and musical climaxes from Richard Wagner’s tetralogy to tell the story of the legendary Ring in such a way that newcomers and connoisseurs alike will enjoy it. The role of the narrator will be performed by Axel Bulthaupt, a television moderator and personality known from TV shows such as Brisant and the Carreras Charity Gala – who is also a Wagner fan himself.

Digital Opening for the Musikalische Komödie