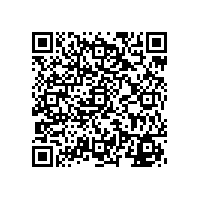 Premiere of large-format four over four in China 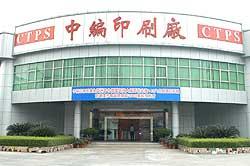 Founded in Hong Kong back in 1964, within two years CTPS had evolved into a full-service print provider much sought after by book publishers the world over. Today it is a market leader in Asia, with a broad product palette that includes some highly specialised offerings.

Drupa attraction in the Pearl River Delta
The open house was attended by more than 150 guests. The premiere of the eight-colour Rapida 142 underscored KBA's pole position in large format and the fact that - notwithstanding pre-Drupa claims to the contrary by certain competitors - it is still the only vendor of perfector presses for this format. With an installed base of more than 100 large-format presses KBA's share of this high-growth Chinese market is well over 60 per cent.

Dongguan is in the Pearl River Delta, whose designated economic zone, encompassing nine prefectures of Guangdong Province along with Hong Kong and Macau, is one of the fastest growing regions in the world. The Chinese printing industry is well represented. At the open house Walther Zehner, chief representative of KBA China, and KBA vice-president sales in Asia-Pacific Dietmar Heyduck pointed out that a similar Rapida 142 four-over-four perfector press was one of the major attractions at Drupa, the world's biggest print media trade fair. Heyduck then presented a scale model of the Rapida 142 to CTPS CEO Peter Tse, after which the press then launched into action printing a photo of China's high-speed train, the Transrapid.

When CTPS relocated production from its headquarters in Aberdeen (Hong Kong) to Dongguan in 1996, none of the presses were from KBA. Now the eight-colour perfector is the company's second Rapida 142 following the inauguration of a four-colour version just last year.

Peter Tse and his general manager Ricky M H Ho agree that the decision to install a second KBA will enable the company to drive future growth: "KBA's high reputation in China, and the fact that none of its competitors can offer perfecting in large format, made the choice virtually a foregone conclusion."

All options open
Mr Tse continues: "We were so pleased with our first Rapida 142 that we originally intended to order the same configuration, but our faith in KBA technology persuaded us to have some tests run on an eight-colour perfector in Radebeul. The results were stunning, and opting for a perfector press has opened up new opportunities for us in book printing."

Pressemitteilung Premiere of large-format four over four in China weiterempfehlen