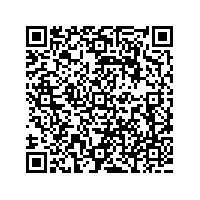 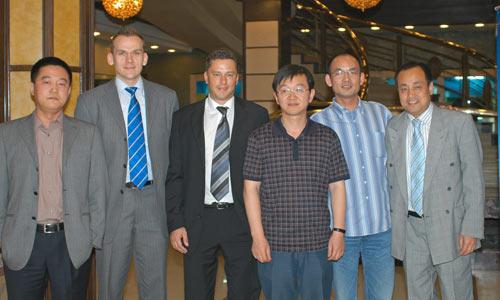 With the Olympic games in Beijing just a few weeks away, medal-winning performances have already begun. In Hangzhou, capital of Zhejiang province, two KBA newspaper presses that rolled punctually into action at Zhejiang Daily News Group in February and March have surpassed all expectations in terms of quality and performance. They comprise the biggest single press order that KBA has sent to China.

The presses - a Commander and a Comet SC - reflect KBA's high standing in China. While the single-width Comet is the 16th in China, the Commander celebrated its highly successful premiere.

Although imports of newspaper presses slackened last year, China remains a major market for foreign technology, and KBA's German-built presses enjoy a first-class reputation in the booming Zhejiang industrial zone southwest of Shanghai. In a region whose economic prosperity is equalled by its cultural wealth and scenic beauty, Hangzhou is the centre of a media industry that includes countless newspaper titles with circulations running into millions.

The biggest media enterprises in the province, Zhejiang Daily and Hangzhou Daily, have invested exclusively in KBA technology in recent years. Both produce a broad spectrum of quality newspapers, frees and semi-commercials. Alongside the Commander and Comets there are Colora presses in operation, some of which also have a heatset capability.

Whereas Hangzhou Daily primarily focuses on the capital, Zhejiang Daily News Group's titles are circulated throughout the province. For the new KBA Commander and Comet SC presses the 59-year-old company built a 40,000m² (431,000ft²) printing plant outside the city, at a cost of 328 million yuan ($47.3m). Pre-press, press and post-press technology is all cutting-edge. The existing US and Japanese newspaper presses were also moved to the new location.

The three-section KBA Commander is configured with twelve Pastostar reelstands, eight H-type towers and three KF 5 double jaw folders. It has a cylinder circumference of 1,092mm (43in), a maximum web width of 1,700mm (67in) and a maximum output of 85,000 copies per hour. The smaller Comet SC has the same cylinder circumference but a web 1,000mm (391/2in) wide, and comprises three DLP reelstands plus two eight-couple towers with one heatset dryer and one KF 3 folder apiece. Both presses have EAE consoles.

Visiting Zhejiang Daily's new printing plant, Stefan Segger, managing director of KBA's Asia-Pacific subsidiary, pointed out that it is a major showcase not just in China but in the entire region, demonstrating as it does the confidence that leading Chinese newspaper publishers place in KBA as a competent, dependable partner.

Speaking on behalf of the Zhejiang Daily executive, plant manager He Xiaoqi and project manager Cai Ruo Song expressed their satisfaction with KBA's handling of this major project and commissioning of the two presses. Says He Xiaoqi: "This investment represents a landmark in our company's evolution and will strengthen our position still further. Hangzhou Daily, whose Colora and Comet SC presses came on stream just a few years ago, gave us every opportunity to see the technology in action. The presses have surpassed all our expectations in terms of performance and product quality, having passed the Ifra test with flying colours in April. We mainly use the Commander to print our three main titles, and the Comet for contract work."

He continues: "We are planning to bring out a special edition to commemorate the Olympic games. We are fully conscious of the significance of this project and have already started promoting the press lines at a trade fair in Shenzhen. We have scheduled an open house later this year as a further platform for promoting this cutting-edge technology."

Premiere of large-format four over four in China