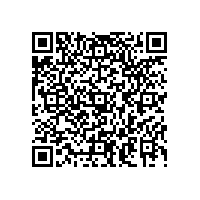 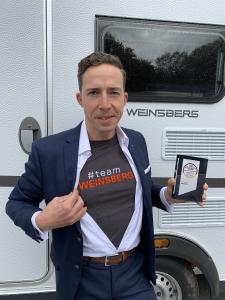 (lifePR) ( Jandelsbrunn, 19.10.20 )
Following more than 55,000 customer opinions on approximately 800 companies – WEINSBERG was honoured for the fourth time in succession with the German Fairness Award in the motorhomes & caravans category.

WEINSBERG receives the coveted German Fairness Award for the fourth time in a row. The TV news channel n-tv and the German Institute for Service Quality award the prize to companies whose behaviour towards customers is rated as particularly fair by consumers. The focus here is on fair value for money, transparency with regard to information about products, contractual services and prices, reliability of products and services, as well as the handling of problems and complaints.

The consumers surveyed were able to vote for companies representing 57 sectors that affect diverse areas of life, such as finance, energy, cars/transport and leisure/tourism. The award winners are the companies that received the highest ratings in the industries surveyed. The customer opinions were recorded between April and June 2020 as part of a representative on-line consumer survey.

The award is traditionally presented at the Bertelsmann offices in Berlin, Unfortunately, due to the current circumstances, this year’s festive evening event cannot take place.

The WEINSBERG brand was also awarded the German Test Seal by the magazines Focus and Focus Money: Over 86 million contributions in on-line media and social media channels about 24,000 brands were examined and evaluated for the quality of the statements – the result: WEINSBERG is ranked among “Germany’s best”.

Knaus Tabbert AG was also awarded the German Test Seal in different areas, for example, “Germany’s Best – Sustainability”. For this award, no less than 59 million contributions about 24,000 companies on the topic of environmental protection and sparing use of raw materials were investigated.

ServiceValue and daily newspaper Bild crowned their “Customer Kings” following an on-line survey of 890,000 consumers, which examined the customer benefit of more than 3,000 companies. This survey focused on customer satisfaction with products and services – and TABBERT was awarded the distinction “High Customer Benefit”.

Together with the Welt daily newspaper, ServiceValue also nominated the Brand Champions 2020 and voted KNAUS the number one in the “Caravan Manufacturer” category. Based on an on-line survey of 600,000 customers, a total of 2,400 companies were assessed to determine the brands that impress in Germany.

KNAUS also picked up an international award from readers of the well-known Italian on-line camping magazine CamperOnLine, who voted the L!VE I in first place in the category “Integrated up to €68,000”.

“The entire Knaus Tabbert team is delighted with our awards and the positive verdict from customers, which has brought us the German Fairness Award for the fourth time,” says CSO Gerd Adamietzki. “Thank you very much!”

Knaus Tabbert AG is a leading manufacturer of recreational vehicles in Europe. The company's headquarters are located in Jandelsbrunn, Germany. Additional sites include Mottgers in Hesse, Schlüsselfeld (Germany) as well as Nagyoroszi in Hungary. With its brands KNAUS, TABBERT, T@B, WEINSBERG, MORELO and the internet platform RENT AND TRAVEL, the company with its workforce of some 3,000 generated sales in excess of 780 million euros and built more than 26,000 recreational vehicles in 2019. For more information, please visit: www.knaustabbert.de