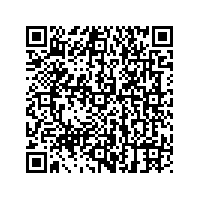 Paul Stewart is Professor of Literature at the University of Nicosia. He is the author of two books on Beckett—Sex and Aesthetics in Samuel Beckett’s Works (Palgrave, 2011) and Zone of Evaporation: Samuel Beckett’s Disjunctions (Rodopi, 2006)—and the series editor for ‘Samuel Beckett in Company’, published by ibidem Press. He has published widely on Beckett in such journals as The Journal of Beckett Studies and Samuel Beckett Today / Aujourd’hui. He is also a creative writer (his novel Now Then was published by Armida in 2014) and a performer in theatre, television, and film.

David Pattie is Senior Lecturer in Drama at the University of Birmingham. He is the author of three books (The Complete Critical Guide to Samuel Beckett (2001), Rock Music in Performance (2007), and Modern British Playwrights: the 1950s (2012)). He has also co-edited two books with Sean Albiez: Kraftwerk: Music Non-Stop (2010) and Brian Eno: Oblique Music (2016). Furthermore, he was part of the Staging Beckett research project, and he has published extensively on Beckett, contemporary performance, popular culture, popular music, and Scottish theatre.

Ukraine in Histories and Stories

Buchempfehlung: The Vesels: The Fate of a Czechoslovak Family in 20th Century Central Europe (1918–1989)