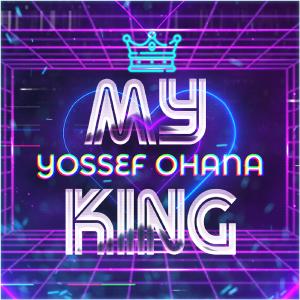 (lifePR) ( Tel Aviv, 04.02.19 )
This is Israeli gay pop star's way of dealing with his failed relationship. Actor Yossef Ohana is gay and has been in a relationship during the writing of “Dreamer” lyrics. Said relationship came to an end when one side (Yossef) desired for the other party, but the feeling's not mutual. The road for collecting his pieces and broken heart was with a new album and an immediate entering to a recording studio. This is how he sings for his potential partner he had that he wishes him not to become his "Ex". Clip “Dreamer” can become an anthem for lovers to sing for one another "I don’t want you to become my ex". An excellent way of saying "I love you", on a more sophisticated form. Actor Yossef Ohana studied acting in London and has used his acting skills not only by situation analysis his album's text presents but as well in his participation in his song's video clip “Dreamer”, where he plays an actual character with a script and theme. This clip is from his album "My King“. In the near future more singles are expected to being released. The song "Dreamer" was composed by the producer "Artbeat", who also acted as its musical producer. “My King” is also a novel about Amos, an ex- reality star, a week before his wedding, during which he continues to indulge in chats and meetings using a false name. The inner understanding that only by changing his life style can he achieve his goal to become wealthy, finally appears and allows him to choose the path towards his goal. Actor Yossef Ohana, born in Israel, showed a passion for acting at a young age and starred in many plays throughout his childhood. He studied drama in Tel Aviv, attended Ivana Chubbuck’s acting studio, as well as studying at the London School of Drama, STAR-TEK. His debut role was in Cinderella (directed by James Madden, London). He has also appeared in films and TV commercials. So how to overcome barriers blocking us from success? All explained in a new book by actor Yossef Ohana. The book, "My King” brings us the modern story of a young enthusiastic guy called Amos who dreams of becoming a multi-billionaire. Who amongst us does not dream of bags of cash in their bank? We all do! And so do our hero Amos, and he will stop at nothing in his way for the prize. But soon it becomes clear that the sins of our character, including cheating on his fiancé with the occasion girl he meets on-line "blocks" his energy from being positive and denying him of his financial goal. Join Amos in his journey to overcome his biggest obstacle, flunking him on his way to success. This is a story of power, money, sins and betrayals. Certainly each of us can relate to a wash out reality star trying to recruit his strength on the way to the top. Actor Yossef Ohana, the author of the book "My King” is an Israeli actor from Tel-Aviv, who spent his entire life dreaming of getting rich by writing books and this is where he makes his first step to glory, publishing his first book in English with the goal of inspiring and possibly make the world a better place. Actor Yossef Ohana studied acting at the drama academy of London "Star-Tek" and in the actors studio of "Ivana Chubbuck", the spiritual mother of the greatest of Hollywood's actors, who has a studio in Los Angeles and teachers all over the globe, teaching her methods. During these days Yossef Ohana makes his first steps in the field of acting and believes that having faith and even obsession to what you do may help you become a very successful person. The book "My King" actor Yossef Ohana wrote after facing his dream of becoming a successful actor and managing to bring on paper his fears and barriers as well his methods of overcoming them. This is not one of those "self- helping" books, but actor Yossef Ohana is a big fan of those and has been reading that genre for over 2 decades.

Mythanien – The Creation of a New World