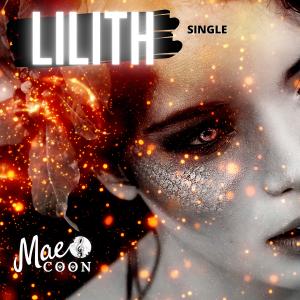 
LILITH is the official debut single of European singer-songwriter Maecoon. The song is characterized by a convincing mixture of Pop/Rock, Indie & Alternative Country vibes; dark, voluminous and expressive. Despite its rather simple, catchy guide melody, LILITH is far from conveying banality; Mae’s strong, clear-cut vocals and profoundly thought out lyrics manage to captivate throughout the whole song, metaphorically showing an on-going fight with those persistent “inner demons” many of us are struggling with. Therefore, LILITH is also an ode to people dealing with mental health issues; turning fears and doubts into a source of inner strength and (creative) power.

Sandra E. Mae aka Maecoon (*1989) is a certified actress, singer and voice-over-artist from Linz, Austria (Europe). Since 2015, Mae is firmly anchored in the independent scene of performing arts. As a part-time editor and writer, she's also responsible for the management of musical theater company team:semestro (text- & songwriting). As a songwriter, she used focused on Celtic Pop/Rock throughout the past years; that era, she says, is now over, giving way to new musical - and personal - facets:

"Music is anything in everything. It does not question, does not evaluate, does not measure with double standards. It knows no categories, no genres, no language. Music is , and always will be: Inspiration. Emotion. Evolution."

"Lilith is a delightfully haunting ballad from singer/songwriter Maecoon. Emotive lyrics describe a literal battle with demons, all the while managing to maintain a sense of hope and freedom. Steel guitars and wailing harmonicas support Maecoon's strong, yet vulnerable voice on this eerily beautiful track that's overflowing with atmosphere." -

"What does an artist sound like when she frees herself from expectation, pressure, commercialism or mainstream? The answer she gave herself: she sounds like Maecoon. With Lilith she released a cool song that quickly catches your ear without being banal. You can hear that the artist has freed herself from expectations of herself, and that is something to hear." -

No Scotland - No Party!