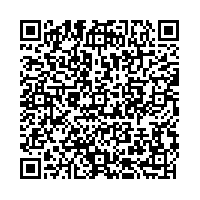 (lifePR) ( Brussels, 31.01.18 )
The conclusions of recent reports by the European Commission’s SCHEER group and the World Health Organisation on sunbeds are not sufficiently supported by current scientific knowledge, according to a new article just published in the International Journal of Cancer Research and Treatment.

The SCHEER and WHO reports, which conclude that sunbed use increases melanoma risk, appear to be based on an incomplete, unbalanced and non-critical evaluation of the literature, the article argues. Moreover, the reports deliberately conceal the beneficial effects of UV and sunbed exposure.

Both reports fail to establish a cause-effect relationship between sunbed use and cancer, and rely on outdated or irrelevant data, or underestimate other important factors linked to cancer, such as overexposure to the sun, smoking, or drinking alcohol. For example, many studies included individuals with skin type I, who in Europe are not allowed to use a sunbed. Both reports are largely based on studies carried out before the entry into force of the current irradiation limit for sunbeds in Europe, which are already regulated and restricted to an intensity equivalent to that of the Mediterranean summer sun (0,3W/m²) – the strictest limit on UV irradiance from tanning devices in the world.

The article also underlines that both the SCHEER and the WHO neglected the growing body of evidence showing the benefits of UV-induced Vitamin D creation, which include longer life expectancy, decreased occurrence of cardiovascular diseases and diabetes, and protection against several cancer types.

The review of the two studies is the joint work of seven leading medical experts from six countries. Their analysis confirms some of the reports’ shortcomings ESA already pointed out. Clearly, excessive exposure to UV radiation – whether from the sun or from a sunbed – can be detrimental. However, imbalanced assessments such as those of the SCHEER and WHO are misleading for both policymakers and the general public; they do not provide the sound scientific assessment required for sound decisions.

The best and most efficient way to ensure consumer safety is to strictly implement and enforce mandatory standards across Europe. ESA has always worked and continues to act, hand in hand with the EU and Member State national authorities, towards this goal.

Risks and benefits of sun exposure need a holistic view