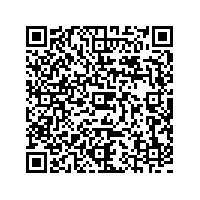 90 years Dethleffs: Pioneer and inventor of an industry

(lifePR) ( Isny, 27.10.20 )
Many things have happened "because of love" - on a small scale as well as on a large scale. When the ski and whip manufacturer Arist Dethleffs constructed Germany's first caravan out of love for his wife and because he wanted to have his family with him at all times on his long business trips, he would probably never have dreamed what an incredible development this invention would set in motion in the truest sense of the word. And not only for him and his family, but for many families. His business trips took him far beyond the borders of presentday Europe; and no matter where he took his family team, they were sure to be noticed. Soon his customers no longer ordered only whips or sticks, but also wanted a "living car", as Arist Dethleffs called his first caravan.

At that time, only a few people knew the word "leisure" and holidays were a privilege reserved for a few. Today, almost 90 years later, many people can hardly imagine life without caravanning and it has experienced a real boom in recent years. Reason enough for the Dethleffs company, which completely stopped the whip production in 1959 in favour of the caravan production and since 1983 also produces motorhomes, to pay special tribute to its company pioneer and his invention. The model year 2021 is filled with anniversary vehicles and special anniversary offers. In addition, the company, which has been based in Isny in Allgäu since its foundation, is still working on further surprises for the big anniversary next year.

The model program for the 90th birthday

The actual anniversary will not be celebrated until 2021, but the model program for this is already fixed. Special anniversary editions and attractive anniversary packages are available for both caravans and motorhomes. The new designoriented caravan series Aero, which was designed for young and young-at-heart campers and offers an attractive 90th anniversary package with comprehensive equipment as a birthday present, is the first of these. Of course, we have also thought of the motorhome owners. With the new anniversary low profile Just 90 the caravan and motorhome manufacturer Dethleffs, which has already been awarded the German Fairness Prize three times, offers a special incentive especially for beginners. Because it already has everything on board that is needed for a carefree camping trip. Additionally Dethleffs will present the Pulse Classic 90 as well as the Globetrotter XLI Edition as edition models with a special anniversary equipment package.

But also the Camper®, which like no other caravan series at Dethleffs stands for family and was especially designed for it, gets a fresh cell cure in the new model year. And the Nomad can look forward to three new layouts as a new addition to the family.

Chronicle of an idea

1832 - Foundation of the Dethleffs KG for the production of whips
1923 - A ski pole factory is added
1931 - "Not without my family," says Arist Dethleffs and invents the first caravan in Germany
1934 -The first customer models are called Tourist
1936 - 6 permanent employees are working in the department of caravan construction
1939 - The war slows down construction. Medical sledges are produced
1948 - Resumption of caravan production
1952 - Series production: The first Camper® rolls off the production line
1958 - Whip production is abandoned in favour of the strong demand for caravans
1966 - 60 employees build Dethleffs caravans in a continuous production
1973 - Construction of the new plant at the current location with 12.000 sqm production area
1974 - Dethleffs now has 235 employees and belongs to the ten largest German caravan manufacturers
1976 - Annual production is 4,700 caravans
1983 - Erwin Hymer takes over the Dethleffs company and the first Dethleffs motorhome, a pirate, rolls off the production line
1992 - Extension of the production by 6.300 qm
1996 - On 14 February Arist Dethleffs dies at the age of 88 years in Isny
2001 - A new production hall, a paint shop and a new main gate are built
2006 - Extension of the administration; In the 75th anniversary year of the caravan Dethleffs has more than 850 employees and produces 7.150 motorhomes and 5.950 caravans and generates more than 275 million Euros
2011 - The 80,000th motorhome rolls off the assembly line
2017 - Opening of a new workshop with 11.000 sqm production area
2019 - Dethleffs is awarded the German Fairness Prize for the third time in a row

"Not without my family!" This decision taken by Arist Dethleffs in 1931 inspired him to design Germany's first ever caravan, which he called the "Wohnauto" (original camper) - all because the ski pole and horsewhip maker wanted to have his family by his side when he went on long business trips. Very few people were familiar with the word "leisure" back then; family holidays were a privilege and tourism was still in its infancy. The invention of the Dethleffs caravan marked the beginning of a new era - especially for the company, which eventually devoted itself entirely to the production of caravans, followed by motorhomes.

The pioneering spirit of Arist Dethleffs can still be felt throughout the company to this day. It can be found in the ongoing development of model ranges, in the countless innovations and, needless to say, at the heart of the Dethleffs camping story - the family. The company has had close ties with Isny im Allgäu since the very beginning and, with its position as a "Friend of the family", has its sights firmly set on the core values of the brand.

In addition to motorhomes and caravans of the Dethleffs brand, camper vans and urban vehicles for the Pössl and Crosscamp brands are also developed and produced in Isny.

Pressemitteilung 90 years Dethleffs: Pioneer and inventor of an industry weiterempfehlen