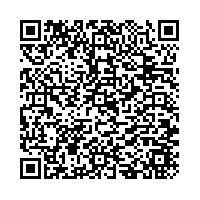 News abonnieren
(lifePR) ( Hannover, 21.08.08 )
.
- Schaeffler KG increases offer price to 75 Euro per share and guarantees to compensate possible disadvantages in an aggregate amount of up to 522 Mio Euro
- Current strategy of Continental will be continued
- Detailed Investment Agreement regulates future role of Schaeffler as shareholder
- Schaeffler KG guarantees to limit its position to a minority shareholding until at least 2012

Continental AG entered into a far-reaching Investment Agreement with Schaeffler KG, Mrs. Maria-Elisabeth Schaeffler and Mr. Georg F.W. Schaeffler. With this agreement, the dispute regarding the public takeover offer by the Frankish family owned business for the international car parts supplier has been settled. Former Chancellor Dr. Gerhard Schröder has been won as a guarantor for ensuring the interests of all stakeholders of Continental.

Following the hard work over the last weeks, Continental has come to an acceptable overall concept. With the improved offer price and the obligation to compensate possible negative impacts for Continental, the package contains a perceptible increase of the consideration offered by Schaeffler. Also, with this agreement clarity is provided regarding the future conditions: For its costumers, Continental remains a reliable long-term partner that is extremely well positioned. The Continental employees can continue to rely on the clear focus of our concept for the future which we have developed over the last years.

The open-ended Investment Agreement that cannot be terminated by the parties before spring 2014 contains several provisions to safeguard the interests of Continental AG, its shareholders, employees and customers. Schaeffler KG has committed itself to increase the offer price per Continental share from EUR 70.12 to EUR 75.00.

Such increase corresponds to an additional amount of around EUR 800 million for our shareholders, representing a premium of 39 % on the stock price per Continental share immediately prior to announcement of the takeover bid, 20 % on the monthly average price and 8 % on the three month average price prior to announcement of the planned takeover bid. The shareholders most likely have until September 16, 2008 to decide whether to accept the improved offer.

In addition, Schaeffler has undertaken to limit its position to a minority shareholding in Continental AG (up to 49.99 %) for a period of four years, to support the ongoing strategy and business policies of Continental AG's management board while maintaining its current market and brand appearance and to not demand a sale of activities or seek other material structural measures.

Schaeffler KG further has accepted to give, in case of a possible sale of blocks of its minority stake in Continental within the next four years, a preemptive right to a person nominated by the guarantor, if the sale to such person is in the best interest of Continental AG and Schaeffler KG. In addition, it has been agreed that there will be no changes to Continental AG's form of incorporation, its corporate seat, headquarters or business divisions, its listing on the stock exchange, its dividend policy or an increase of its debt to equity ratio against the wishes of Continental AG.

To safeguard the interests of the employees, Schaeffler KG is obliged not to conduct or support, without the consent of Continental's executive board, any measures directed at changing the current collective bargaining or works council agreements or abolishing the employees' codetermination rights based on parity in the supervisory board. In addition, Schaeffler is obliged to respect all rights of the employees, works councils and the labour unions under applicable law, agreements, regulations and contracts in force at Continental.

In addition, without undue delay after completion of the takeover offer both parties will examine the possibilities for strategic cooperation projects between the Schaeffler Group and the Continental Group particularly in the Powertrain division based on the principles of an alliance of equals between two productive and independent companies.

As a guarantor for ensuring the interests of Continental, its shareholders, its employees and other stakeholders, former German Chancellor Dr. Gerhard Schröder is authorized and empowered to enforce all obligations of Schaeffler at any time by legal action or out of court. In this regard he is entitled to request information from Schaeffler about their level of compliance with their obligations under the Investment Agreement.

Both parties having handled the dispute determinedly, Continental expects a smooth cooperation with the Schaeffler Group on the basis of the jointly reached Investment Agreement. It is the mutual goal to increase the value of Continental sustainably and on a long-term basis and to further develop Continental and increase its innovative strength with all energy - in the interest of all stakeholders of Continental.

Once the offer document has been amended by Schaeffler, the executive board and the supervisory board shall issue an additional statement pursuant to Section 27 of the WpÜG (German Securities Acquisition and Takeover Act).

The Continental Corporation is one of the top automotive suppliers worldwide. As a supplier of brake systems, systems and components for the powertrain and chassis, instrumentation, infotainment solutions, vehicle electronics, tires and technical elastomers, the corporation contributes towards enhanced driving safety and protection of the global climate. Continental is also a competent partner in networked automobile communication. Today, the corporation employs approximately 150,000 people at nearly 200 locations in 36 countries.