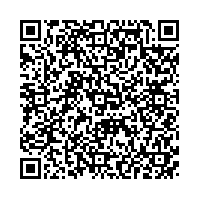 Continental Raises Target for Adjusted EBIT Margin for 2013 to at Least 10.5%

Based on a positive overall performance in the first nine months, Continental is raising its forecast for the adjusted EBIT margin from more than 10% to at least 10.5% for the current year. In addition to the good operating performance, the development of raw material prices was also a key factor, with prices for synthetic rubber in particular rising less steeply than expected. "Despite the weaker European automotive market, we continued on our successful path. In the meantime, however, we are experiencing a stabilization of the business trend in Europe," explained Chairman of the Executive Board Dr. Elmar Degenhart on Thursday at the presentation of the business figures for the first nine months. At the same time, he indicated that consolidated sales for the year as a whole would increase to around €33.5 billion. This increase would be slightly lower than the original assumptions, due to the unexpectedly high appreciation of the euro against many other currencies.

In the first nine months of this year, consolidated sales of the international automotive supplier, tire manufacturer and industry partner rose by 1.2% year-on-year to approximately €25 billion. The operating result (EBIT) increased by 4.0% year-on-year to more than €2.5 billion as at September 30. This corresponds to a margin of 10.1% after 9.8% in the previous year. The adjusted operating result (adjusted EBIT) increased by 3.1% in the first three quarters as compared to the same period of the previous year and amounted to €2.8 billion. At 11.3%, the adjusted EBIT margin was higher than its level of 11.0% after the first nine months of 2012.

Net income attributable to the shareholders of the parent increased by 8.5% in the first nine months of this year to nearly €1.6 billion. Earnings per share rose to €7.88 after €7.26 in the same period of the previous year.

Continental reduced its net indebtedness by more than €1.2 billion year-on-year to just below €5.6 billion. The gearing ratio therefore improved to 61.6% after 87.1% in the previous year. "In recent years, we have constantly worked to reduce our net indebtedness and thereby further improved our key financial figures," summed up Wolfgang Schäfer, Chief Financial Officer of Continental AG. "This consistent work is now bearing fruit, as reflected not least in the latest assessments by the rating agencies. We have thus set the course for favorable financing options in the long term," he added. Continental's credit rating was classified as "investment grade" by the rating agency Fitch in July, followed by Moody's in mid-September.

In the first three quarters, Continental improved its free cash flow by €246 million to €414 million. This increase was boosted by the sale of the shares in S-Y Systems. "For the year as a whole, we are anticipating a free cash flow of at least €800 million," said Schäfer.

In the first three quarters of this year, the Continental Corporation invested a total of approximately €1.3 billion in property, plant and equipment, and software. This resulted in a capital expenditure ratio after the first nine months of 5.4% compared with 5.1% in the same period of the previous year. Research and development expenses in the period from January to September amounted to just short of €1.5 billion, equivalent to 5.9% of sales as compared to the previous year's ratio of 5.5% of sales. "We are continuing to invest heavily in the future potential of our company. This is confirmed by our continued high rate of capital expenditure and the slight increase in expenses for research and development," emphasized Degenhart.

As of the end of the third quarter, Continental had 177,387 employees, corresponding to a rise of more than 7,700 people in comparison to the end of 2012. This increase is mainly attributable to product launches in the Automotive Group and expansion of capacity in the Rubber Group.

After the first nine months, the Automotive Group generated a slight year-on-year rise in sales to €15 billion. The adjusted margin of 7.9% matched exactly the previous year's level. The Rubber Group also generated a slight increase in sales to more than €9.9 billion in the first three quarters, and its adjusted margin of 17.3% was up on the previous year's level of 16.2%.

With sales of €32.7 billion in 2012, Continental is among the leading automotive suppliers worldwide. As a provider of brake systems, systems and components for powertrains and chassis, instrumentation, infotainment solutions, vehicle electronics, tires and technical elastomers, Continental contributes to enhanced driving safety and global climate protection. Continental is also an expert partner in networked automobile communication. Continental currently has more than 177,000 employees in 46 countries.

Pressemitteilung Continental Raises Target for Adjusted EBIT Margin for 2013 to at Least 10.5% weiterempfehlen