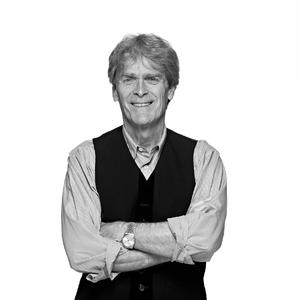 "Sir John was a member of Eurobest's first ever jury, so it's fitting that he returns to lead the jury on Eurobest's 25th anniversary. During these years he has created not only some of the most iconic and much loved ads of our time, but also ads that have changed the course of brand communications," said Philip Thomas, CEO of Eurobest and Lions Festivals. "He is much admired by the whole industry, and we are delighted to welcome him back to help us celebrate this very special landmark for Eurobest."

Commenting on his appointment, Sir John says, "Over the last 25 years our industry has gone through seismic change. What hasn't changed is the need for outstanding creativity. Recognising that and rewarding it is as important as ever."

Sir John started in advertising as a junior art director at Benton and Bowles, London, in 1965. In 1967 he joined the Cramer Saatchi consultancy which became Saatchi & Saatchi in 1970, where he was a founding shareholder. Sir John left in 1973 to co-found TBWA London as Creative Director. The agency was the first to be voted Campaign's Agency of the Year in 1980.

In 1982 he started Bartle Bogle Hegarty with John Bartle and Nigel Bogle, which was soon to become one of the most talked about and awarded advertising agencies in the world. The agency has won every Agency of the Year accolade and every creative award possible and has been at the forefront of the industry for 29 years. BBH was Cannes Lions' very first Agency of the Year in 1993 winning the title again the following year.

In the first two decades of BBH's history, Sir John was responsible for campaigns for Levi's such as the ground-breaking commercial starring an unknown model called Nick Kamen who stripped off down to his boxer shorts in a launderette, and introduced the British to the phrase 'Vorsprung Durch Technik' for Audi. He was the first to pick a young model/actor called Brad Pitt to star in a commercial and he also pioneered the importance of music in commercials. The result being the soundtracks from seven Levi's commercials getting to the UK number one spot. John also oversaw the phenomenon Flat Eric, who kicked Eminem off the number one singles slot in 1999.

BBH now has offices in London, New York, Singapore, São Paulo, Shanghai and Mumbai and Sir John oversees the creative output of all these offices. This unique global structure also contributed to the company winning the Queen's Award for Export Achievement twice, in 1996 and 1997.

Sir John has won Golds at every industry awards including Cannes Lions, D&AD and British Television. He has been given the D&AD President's Award for outstanding achievement and was admitted to the US One Show Advertising Hall of Fame. He has also been voted as one of the most influential people in fashion thanks to his work with Levi's.

Sir John was awarded a knighthood by the Queen in 2007 in recognition of his services to the advertising and creative industries.

In June 2011 Sir John successfully launched his book 'Hegarty on Advertising - Turning Intelligence into Magic'. In the same month, he was honoured for his contribution to creativity at the Cannes International Festival of Creativity, being the first recipient of the inaugural Lion of St Mark's Award.

Joining Sir John in Lisbon will be other prominent jury presidents from across Eurobest's 25 year history shortly to be announced. A dedicated showcase will be present at the Festival to offer a retrospective look at the best in European creative communications, pulling together some of the greatest winners of the Eurobest awards to date. An archive of past winners of the Eurobest Grand Prix is currently online and can be found at http://www.eurobest.com/....

The Festival of Asian Marketing Effectiveness Announces Winners of 2013 Awards