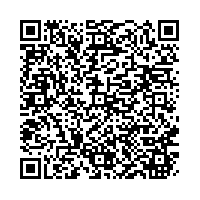 News abonnieren
(lifePR) ( Arbon, 22.04.08 )
The 21st regularly-scheduled General Assembly of the company AFG Arbonia-Forster-Holding AG in the Seepark Auditorium in Arbon, Switzerland, registered more than 1,000 attendees, the most to ever attend this event. Never before in the history of the firm did so many investors and invited guests take part. The shareholders in attendance unanimously voted for the approval of all of the proposals put forward by the Administrative Board. The investors agreed to the distribution of a gross dividend amounting to CHF 10.00 for each bearer stock and CHF 2.00 for each nominal share.

In his review of the previous business year, Dr. Edgar Oehler, President and Delegate of the Administrative Board, pointed out that AFG Arbonia-Forster-Holding AG continued to build on it already high levels of stature, solidarity and calculability during the past reporting period. The company successfully and substantially expanded its product portfolio throughout 2007. This goal was achieved with the takeovers of STI | Hartchrom in Steinach (St. Gallen), of RWD Schlatter AG in Roggwil (Thurgau) and Aqualux Products Holdings Ltd. in Wednesbury (United Kingdom). The company s dependency of the building industry was, as a result, reduced further. The internationalization of the group will continue to be a major focal point during the coming business year. The merger of the largest manufacturer of doors and windows in Slovakia, Slovaktual s.r.o.in Pravenec, with EgoKiefer AG Windows and Doors has, in the meantime, been completed and this hence becomes the fifth AFG division, which is active on an international scale. The requirements placed upon organic growth of the company for the business year 2007 were met. Total sales, includes those achieved by the newly acquired companies, increased by almost 20% in 2007, amounting in total to CHF 1,471 million.

Additions to the Executive Management Team

With the naming of Thomas Reifler as Director of the Surface Technologies Division(since 1 April 2008) and of Hans Georg Derks as Director of the Kitchen and Cooling System Division (starting 1 June 2008), two important additions were made to the executive management team. Both division directors were named as members of the executive board of the company. In order to further improve the earning strength of AFG in a sustainable manner, Dr. Edgar Oehler announced to implementation of the optimization program "Avanti uno". This program will include, among many other aspects, the centralization of the company s procurement activities, an increase in pro2 ductive efficiency, the substantiation of the roles of the leadership team, as well as other key measures. The continued increase in gross turnover, improvement of net earning situation, price stability and an increase in productivity were all set down as goals for the current business year.

AFG Arbonia-Forster-Holding AG, based in Arbon, Switzerland, is a leading integrated supplier to the construction industry. The company is listed on the SWX Swiss Exchange and operates through five Divisions: Heating Technology and Sanitary Equipment, Kitchens and Refrigeration, Windows and Doors, Steel Technology and Surface Technology. Its production sites are in Switzerland, Germany, France, the USA, the Czech Republic, the UK, China and Slovakia.

AFG has about 50 production and distribution companies around the world as well as several representative offices and partners. It is active in more than 70 countries in total. With its suite of brands - Arbonia, Kermi, Prolux, Asco Swiss, Aqualux, Forster Kitchen, Forster Refrigeration, Piatti, Miele Kitchens, EgoKiefer, RWD Schlatter, Slovaktual, Forster Precision Steel Tubes, Forster Profile Systems and STI | Hartchrom - AFG Arbonia-Forster-Holding AG has built up strong positions in its home markets of Germany and Switzerland. It is also engaged in intensive efforts to build new markets, primarily in Eastern Europe, Russia, and the Middle and Far East. AFG Ar-bonia-Forster-Holding AG with some 6000 employees generated sales of CHF 1471.5 million and an EBIT of CHF 95.5 million during the 2007 financial year. Today, AFG Ar-bonia-Forster-Holding employs 6,441 members of staff.