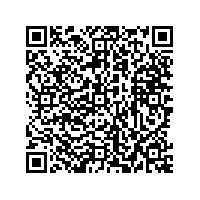 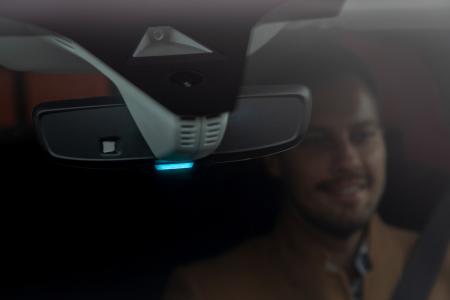 (lifePR) ( Rüsselsheim, 05.08.20 )
Rüsselsheim.  Here it comes! When an Opel Grandland X plug-in hybrid cruises around in electric mode, not only is it emission-free and whisper-quiet on the road, it also shows this to other road users and pedestrians. Very smartly – with a blue light in the windshield, just below the interior mirror. When it glows blue, the combustion engine is on a break and the Grandland X runs purely electrically. To do this, the driver can select the "electric" setting from the available driving modes, and the hybrid automatically switches to electric operation. The blue light also makes things easy for law enforcement officers. For example, when the Grandland X drives into areas where only E vehicles are permitted. In this case, one glance is enough to see that an Opel is driving purely electrically.

To ensure that there is always enough power available for emission-free blue-light driving in the city, the Grandland X plug-in hybrid features the "e-Save" function. This function allows the electrical energy stored in the high-voltage battery to be saved for later use, for example for driving in areas where only electric cars are permitted. The driver can set this function via the infotainment system's colour touchscreen, thereby retaining some or all of the available electrical energy until it is needed on his route.

A small blue light in the Grandland X plug-in hybrid, blue ambient light in the interior, blue lights on fire engines – blue light has a long tradition at Opel. Even in the past, the clear blue with its modern radiance fascinated and inspired Opel designers. At the IAA in Frankfurt 2003, the sensational Insignia study already showed the design language of the later production vehicle of the same name. In the interior, the then new LED light technology was used – in the most beautiful blue. The next study with blue light – the Opel Vivaro Surf for beach boys and girls – was on display at the 2015 IAA. One year later, the blue ambience light in the luggage compartment of the Opel Vivaro Sport had actually made it into series production. In the stylish Opel ADAM, passengers could even switch between two different shades of blue.

The classic blue light can be traced back to fire brigades, police and other emergency vehicles much, much earlier. As early as the 1930s, Opel Blitz fire engines carried blue lights – although these were still rigidly directed forward. In the 1950s, traffic grew rapidly, and the warning effect was significantly improved from 1955 with the "rotating beacon" – the so-called Auer light. While police cars with wildly flickering roof bar systems were already racing through US crime thrillers of the 1970s, it took until the 1980s for these systems to make their way to Germany. Here the "blue light bar in modular design" then received its proper official designation "RTK 4-SL", which stands for "All-round sound combination with urban-rural switching of the acoustic signal". With the lighting innovations since the 1990s, there was no stopping Opel Special Vehicles (OSV). The experts built Police Zafira vans with special signal systems, Fire Department Movano vehicles with front flashing lights and Emergency Medical Insignia cars with LED warning lights in the open tailgate.

In the meantime, LED technology has become the measure of all things – it offers a particularly efficient energy balance, a longer service life and smaller sizes of lighting systems. Of course, this also and primarily applies to headlamps. With the adaptive IntelliLux LED® matrix light, Opel has democratised a top innovation and first introduced it in the compact class with the Astra. This glare-free, yet bright-as-day light is now available from the Opel Corsa compact car to the brand's flagship, the Opel Insignia.

See and be seen: Opel light innovations from 121 years of automobile production

Lighting technology has always played a very special role in the history of cars from Rüsselsheim. It all started with the first motor car in 1899 – which still had romantic candlelight. Because the beginnings of automobile lights were quite dark. First lanterns were carried in front of the car. The primary intention was not to illuminate the road, but to be seen by other road users. At the end of the 19th century, the Opel Patentmotorwagen “System Lutzmann” went a step further. It also illuminated the surroundings with household candles, but no one had to carry them anymore. The candle now sat in a shaft above which the “headlight” was mounted as a glass container with mirror. A spring constantly pushed the candle so far upwards during the burning process that it could optimally shine at a consistent level through the glass. A simple solution for low cost with a major effect – in short, typical Opel.

Opel Kapitän – A car that belongs to the world

Opel also set trends in headlamp design early on. The headlamps of the 1938 Kapitän were not only fully integrated into the fenders, but also had a modern hexagonal shape. A car for everyone, a “car that belongs to the world”, according to a brochure from 1938. In other words, the Opel Kapitän “will remain a contemporary car for years to come thanks to its modern lines and progressive design”.

In the 1960s, the shape of the headlamps continued becoming more angular. Opel led the trend with the 1964 Kapitän A, which together with its sister models Admiral and Diplomat emphasised a flat, wide look with rectangular headlamps. No wonder that the successful Kapitän models became real flagships: progressive, comfortable and powerful cars that one could afford.

The Opel GT continued on this path in 1968, impressing not only with its completely new Coke bottle design – the legendary sports car for everyone was also the first German car with pop-up swivel headlights. Who could resist these affectionately called "sleepy eyes"? Via the lever on the centre console, the headlamps popped up. Halogen spotlights in the grille below the bumper also doubled as parking lights.

The Opel Omega B was the first model to offer Xenon gas discharge headlamps as standard from 1998. They owed their name to the natural gas with which the lamp bodies were filled. Compared to the halogen headlamps commonly used at the time, the triple light intensity not only gave them a greater range, but also better illumination of the road. And they were much more efficient: Energy consumption was one third lower, heat radiation 40 per cent lower and service life longer.

A dynamic headlamp levelling system was now also on board. This compensated for changes in body position – for example with a heavy load or during acceleration and braking. This resulted in the road always being uniformly illuminated. Once again, Opel pioneered lighting technologies that were affordable for a wide range of buyers.

AFL for everyone in the mid-size class

So it is only logical that Opel was the first vehicle manufacturer to bring dynamic curve light and 90-degree cornering light into the mid-size class in 2003 with AFL (Adaptive Forward Lighting) in the Opel Vectra and Opel Signum. The innovative Opel lighting technology combined dynamic curve lighting with a static cornering light for intersections and tight bends for the first time. An additional comfort function of AFL was the Motorway Light: at speeds from around 120 km/h and constant straight ahead driving, the low-beam lighting automatically adjusted itself slightly higher and thus optimised long-distance vision. The now standard dynamic headlamp levelling system ensures that there is no glare for oncoming traffic.

In 2004, the Opel Astra was the first compact model with curve light. In 2006, the brand democratised safety technology even further when Opel made curve and cornering light based on bi-halogen available for the first time in the minivan and small car segments in the Meriva and Corsa.

The next light generation AFL+ based on powerful bi-xenon headlamps made its debut in 2008 with the introduction of the first Insignia. It set a new standard in the automotive industry. Using complex algorithms, the light distribution of the headlamps was automatically adjusted to the respective road profile and the prevailing visibility conditions. The modern Opel flagship offered a total of nine lighting functions – Town Light, Pedestrian Area Light, Country Road Light, Motorway Light, Adverse Weather Light, Static Cornering Light, Dynamic Curve Light, High Beam Light and High Beam Light Assistant. Another innovation in the Insignia was the LED daytime running light, which consumes considerably less electricity and thus fuel than daytime running light from the main headlamp.

IntelliLux LED® matrix light: Bright as day but no one is dazzled

The ground-breaking IntelliLux LED matrix light was launched in 2015 with the current Opel Astra generation. Once again thanks to Opel, a feature that was previously reserved for luxury vehicles made its debut in the compact class. The headlamps of the compact class best-seller have a total of 16 LED elements (eight on each side), which automatically and continuously adjust the length and distribution of the light cone to any traffic situation and simply "cut out" oncoming cars and those driving ahead. So there is zero glare effect – with excellent visibility. Or as Opel brand ambassador Jürgen Klopp puts it: “It’s as bright as in the football stadium – but nobody is dazzled".

How this works is quite simple: as soon as the car leaves the city limits, the matrix headlamps automatically switch to high beam mode and continuously adjust the length and distribution of the light cone. The state-of-the-art system turns night into day for drivers and passengers without disturbing other road users. Opel offer the highly sophisticated IntelliLux LED® matrix light in the model lines Corsa, Astra, Insignia and the new Mokka.

The crowning glory of the development is currently the IntelliLux LED® pixel light. It can already be ordered and will first be used in the new Opel Insignia flagship, which will be at dealerships in the fall. While 32 LED elements have already provided the Insignia with the best visibility in the dark, 168 stadium-bright LED elements of the latest generation are now available – segment-leading among volume manufacturers. The headlights react even faster and more precisely than before, further improving visibility.

Alternatively, Opel equips the Corsa, Astra and Crossland X with a particularly efficient full-LED light. The headlamps each consume only between 13 and 14 watts in low-beam mode. This corresponds to an energy saving of more than 80 per cent compared to conventional halogen lamps, which consume around 70 watts per headlamp for low beam. But Opel customers do not have to make any compromises on light output. On the contrary: thanks to special reflector technology, these extra economical LED headlamps also turn night into day.

[1] Range, fuel consumption and CO2-emission data given have been determined according to WLTP test procedure methodology (R (EC) No. 715/2007, R (EU) No. 2017/1151). The values might differ from official final type approval data.