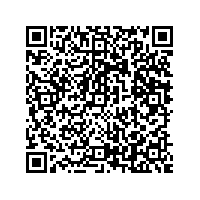 Just like 50 years ago: Opel Manta celebrates at Timmendorfer Strand 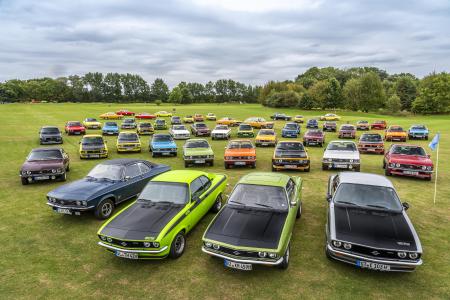 (lifePR) ( Rüsselsheim, 28.09.20 )
This past weekend 40 Opel Manta A cars revelled in their element. The classically beautiful sports coupés from Rüsselsheim came to the Baltic Sea to celebrate their birthday. 50 years of the Manta. Exactly 50 years ago, the ray was presented to the world media at the Timmendorfer Strand. 400 journalists sped around the “Maritime” and “Switzerland” test tracks. These routes, named after the event hotel and the picturesque Holstein Switzerland, were again the focus of the event 50 years later. Organiser Manfred Henning, himself owner of several Manta A models, hosted the beach party at the Lübeck Bay. 38 Mantas with their owners behind the wheel and two originals from Opel Classic drove along the test tracks and to the original sites of the world premiere. The guest of honour at the Baltic Sea beach was the father of the Manta A – George Gallion. And the designer had a special surprise: each participant received a drawing by him, one of just 50 special limited edition prints produced.

Of the 40 Mantas at Timmendorfer Strand, most were driven under their own steam. One of the participants, however, towed his oldie to the Baltic – appropriately enough with a current Insignia, the Opel flagship. The field of entrants ranged from modified competition cars to models with eye-catching paintwork. Here are four standout models:

Organiser Manfred Henning: “I brought the black D.O.T. Turbo from Broadspeed. This vehicle was only available on the British market, and only 28 were built. Six vehicles are still known to exist worldwide; some of them are in terrible condition. Mine was only on the road and in rallying use from 1975 to 1978. After that the car was parked in a garage for decades. Since I finished restoring it in 2015, the car looks as good as new.”

Jürgen Schwartz, Manta fan from the very beginning: “The car has an individual paint job where a stylised Manta can be seen on the otherwise black bonnet. I bought my first Manta, also citrus yellow, in 1973. I painted this one exactly the same in 1980 and have been driving the car for 40 years now.”

“Greenkeeper” Torsten Hack: “I restored my Manta A GT/E a few years ago very true to original. The car in signal green is simply beautiful. No manufacturer would offer this colour combination today.”

Sports driver Roland Barleben: “My Steinmetz Manta has the typical flared wheel arches from the seventies and shows further classic tuning features. On my elaborately restored car you can clearly see that the Manta was also popular for motor sports purposes.”

How the Opel Manta got its name

Flashback: On a Saturday morning in 1969, George Gallion boarded a plane to Paris. The American designer who worked at Opel had a meeting with the team of a French superstar – marine researcher Jacques Cousteau.

“We had chosen the name Manta. At that time, animal names matched the zeitgeist, the Ford Mustang and Corvette Stingray were very successful in the United States. Our Manta was also such a ‘pony car’. Now we had ten days to design a logo, but we couldn't find any suitable templates for it,” said Gallion, 51 years after his Paris mission.

So Gallion got on the plane and looked at Cousteau's images in the French capital. For hours. Until finally there was a shot in which a gigantic manta ray was filmed from below against the bright surface. Bingo. That was it. The big catch. The Opel Manta had found its identity and from then on got the iconic chrome-plated emblem attached to the front fenders.

The Manta made its debut at Timmendorfer Strand

Flashback: The sporty Manta made its debut in September 1970. Appropriately enough, the presentation took place at Timmendorfer Strand on the German Baltic Sea coast. For Opel, the Manta was a step into new territory. “Instead of making an existing model obsolete, the car we are presenting today is an addition to our range and meets a new demand from the market,” said the press release at the time.

The Manta was new, smart and sporty, and perfectly timed. Attractive coupés that could accommodate four were highly popular. Individuality was in fashion, the Manta’s shape and lines were just what the market was looking for. In the first full year of sales, Opel moved 56,200 units of the Manta out of the showrooms; 498,553 left the factory in total. It shared the platform, suspension and engines with its sister model Ascona. A new addition to the engine generation was the four-cylinder 1.6-litre with 68hp – in the S version even with 80 hp. The most powerful engine in the Manta was the four-cylinder 1.9-litre S with 90hp familiar from the Opel Rekord.

From 1972 the Manta range began with the 60hp 1.2-litre version, followed in November of the same year by the luxuriously equipped Manta Berlinetta. Standard equipment included sports steering wheel, heated rear window, halogen headlamps, electric windscreen washers and vinyl roof. The five years of production were enriched by numerous special model variants – “Holiday”, “Plus”, “Swinger” and “Summer Bazar” combined up-market features with modest prices. The Manta GT/E, powered by a 105hp, 1.9-litre engine with Bosch L Jetronic fuel injection, appeared in 1974. The trend towards matt instead of chrome trim continued with the Manta GT/E. The last special model arrived in April 1975, shortly before the debut of the Manta B. The GT/E-based Manta “Black Magic” was all black with orange stripes on its flanks.