(lifePR) ( Rüsselsheim/Mainz, 14.02.20 )
Rüsselsheim/Mainz.  Double success for Opel at AUTOBEST: at yesterday's award ceremony in Mainz, CEO Michael Lohscheller was awarded the “MANBEST” award for best manager of the year 2019. In addition, the Opel boss received the “Best Buy Car 2020” trophy for the new Opel Corsa. The AUTOBEST jury, which is made up of international journalists from 31 countries, has chosen the Opel newcomer as the car with the best price-performance ratio in Europe. With the current award, the new Opel Corsa scores an AUTOBEST title hat trick: No other model has been named “Best Buy Car of Europe” in three successive generations. Among the gala guests in Mainz were Managing Director Marketing and Sales, Xavier Duchemin, Managing Director Engineering, Christian Müller and Vice President Communication, Harald Hamprecht.

“Our new Opel Corsa is a future-oriented car – state-of-the-art, with excellent driving dynamics and also electric. It offers top technologies at fair prices. That also convinced the AUTOBEST jury”, said Michael Lohscheller in Mainz. “The ‘MANBEST’ award is a great personal honour for me. This title exemplifies what we have achieved as a team with all employees at Opel. We have put Opel back on the road to success – and it will stay that way”, promised the manager of the year 2019.

After the takeover of Opel by Groupe PSA in 2017, Michael Lohscheller and his management team developed and implemented the comprehensive strategic plan “PACE!”, which will make Opel sustainably profitable, global and electric. The new Opel Corsa-e started the major electrification offensive with its world premiere last summer. The Corsa-e combines the practical Corsa qualities with locally CO2-free operation and an everyday electric range of up to 337 kilometres (according to WLTP1). Already in 2007 and 2015, Corsa generation numbers four and five won overall at AUTOBEST. The new Corsa and Corsa-e continue this tradition with the third AUTOBEST title.

Awards from experts and public: enthusiasm for Opel models

The new generation Corsa has made a strong start. In Germany, for example, it has already been named “Company Car of the Year” and a few days ago, it received the “Connected Car Award” from the Auto Bild Group. In Spain, the new Corsa won the “Premio Best Car Coche Global” title. The Opel flagship Insignia is also celebrating success across Europe. In the United Kingdom, it was recently named the “Upper Medium Car of the Year” for the third year in a row; due to its high quality, it is also in the running for the J.D. Power “Most reliable Midsize Car”. In Germany, thanks to its state-of-the-art Twinster all-wheel drive with torque vectoring, the Insignia is the “All-Wheel Drive Car of The Year” and “Auto Test Award” winner, as well as “J.D. Power Award” title-holder. The compact SUVs Mokka X and Crossland X complete the award series at Opel as "Most Reliable Small SUV" in the UK and "Best Family Car" in the Netherlands.

Light commercial vehicles from Opel’s sister brand, Vauxhall, are also particularly popular in the UK. The trio of Combo Cargo, Vivaro and Movano has received numerous prizes ranging from "Small / Light / Medium Van of the Year" to "Light Commercial Vehicle of the Year" and the "TVD Best Trader's Choice Award". The new Vivaro also received the “TVD Best Newcomer Award”. Overseas, Opel was “Brand of the Year” in 2019. 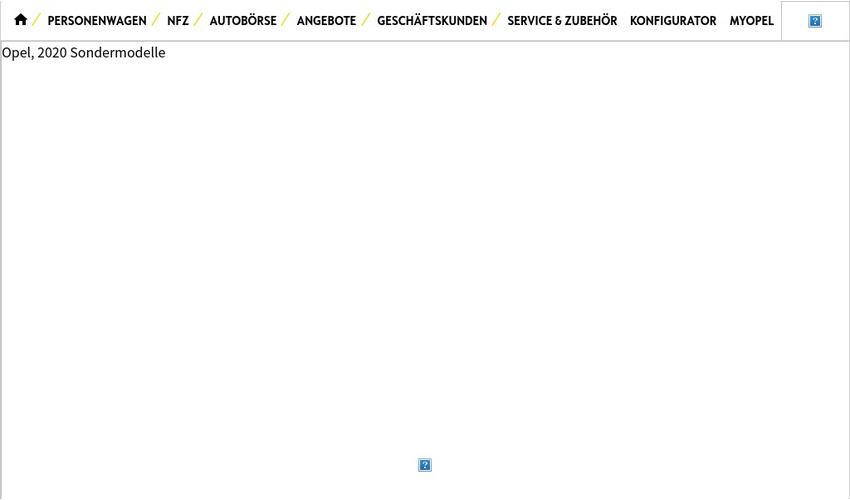 Opel is one of the largest European car manufacturers and was founded by Adam Opel in Rüsselsheim, Germany, in 1862. The company started building automobiles in 1899. Opel has been part of the Groupe PSA since August 2017. Together with its British sister brand Vauxhall, the company is represented in more than 60 countries around the globe selling around one million vehicles in 2019. Opel is currently implementing its electrification strategy to secure sustainable success and ensure that the future mobility demands of customers are met. By 2024, all Opel models will offer an electric variant. This strategy is part of the company plan PACE! with which Opel will become sustainably profitable, global and electric.

Opel Donates around 50,000 Protective Masks to hospitals and welfare institutions across Germany