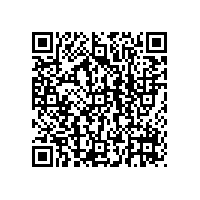 4SC announces changes in Management and Supervisory Board

(lifePR) ( Planegg-Martinsried, 06.06.08 )
The Martinsried-based drug discovery and development company 4SC AG (Frankfurt, Prime Standard: VSC) today announced that Dr Gerhard Keilhauer will resign from the Management Board of 4SC AG for personal reasons with effect from 1 July 2008. Dr Keilhauer has been a member of the 4SC AG board since 2001. As Chief Development Officer, he was primarily responsible for the implementation of all advanced pre-clinical and clinical studies that are part of 4SC AG's development projects.

Dr Ulrich Dauer, Chief Executive Officer of 4SC AG, states: 'On behalf of my colleagues of the Management Board I would like to thank Dr Keilhauer for his contribution over the past years. With him, we had an expert on board, who supported us substantially in setting up a sustainable and sound project pipeline and in the fast development of advanced projects towards clinical studies. One of his major achievements for our company is the development of our first-class development team and the success of our clinical substance SC12267.'

With effect from 1 July 2008, the Supervisory Board has appointed Dr Bernd Hentsch as new Chief Development Officer. Dr Hentsch has extensive experience in the fields of research and industry. As a former founding member and board member of G2M Cancer Drugs AG, he until recently held the position of Chief Development Officer at TopoTarget, a globally active, biopharmaceutical company focused on cancer research, with world-leading expertise in Histone deacetylase (HDAC) inhibitors. Before that, Dr Hentsch worked in the fields of molecular immunology and oncology. As Deputy Head of Preclinical Oncology at Merck KGaA, he was in charge of pharmaceutical drug development.

'We are pleased to have such an industry expert joining us for the continuation of our development projects,' declares Ulrich Dauer. 'Later this year, at least two more projects from our pipeline might advance into clinical development including, in all likelihood, a project in the field of oncology.'

In addition, 4SC AG recently announced that several oncology projects were taken over from Nycomed, including a clinical phase I project. 'We are confident that Dr Hentsch, with his extensive expertise in monitoring clinical trials of potential substances for the treatment of cancer, will be a great support for us in developing our future pipeline projects,' Dauer continues.

The company also announced the appointment to the Supervisory Board of Dr Thomas Strüngmann and Helmut Jeggle, both representatives of Santo Holding (Deutschland) GmbH, at yesterday's Annual General Shareholders' Meeting. At the same time, Dr Robert B. O'Connell and Dr Brian Morgan have retired from the Supervisory Board, at their own request.

In addition, all other agenda items up for approval were passed by the Annual General Shareholders' Meeting by the required majorities.

4SC AG (ISIN DE0005753818) has been listed in the Prime Standard of Frankfurt Stock Exchange since 15 December 2005. Founded in 1997 and now with a staff of 77 employees, the company develops novel drug candidates against inflammatory diseases and cancer. 4SC AG utilises its patent protected platform, to create a sustainable project pipeline of drug candidates, which are to be developed up to clinical efficacy in early clinical phases ('proof of concept') and subsequently partnered with the pharmaceutical industry in return for advance and milestone payments as well as royalties. There are currently eight projects in the development pipeline and a rich pool of further discovery projects. Clinical phase IIa for he first project for the treatment of rheumatoid arthritis has already successfully been completed. An additional project for the treatment of various cancers is currently completing a clinical phase I trial. Further projects are in advanced pre-clinical stages.

Further information is to be found at www.4sc.com.

Pressemitteilung 4SC announces changes in Management and Supervisory Board weiterempfehlen