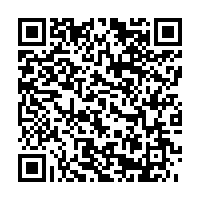 Nexigen GmbH is a spin-off from the Bonn research centre caesar. The company, which was set up in August 2007, concentrates on research in the area of protein interaction analysis and the development of protein inhibitors.

Using the high throughput screening method, scientists at Nexigen are looking into if and how a so called target protein is linked with a disease. Using bioinformatics novel interaction partners of proteins can be identified in a relatively short time and new inhibitor mechanisms for disease-relevant proteins discovered.

In addition to this protein interaction analysis and within the context of its own research projects, Nexigen is developing drug candidates, particularly in the field of viral infections.

Dr Daniel Vitt, Chief Scientific Officer at 4SC AG, commented, 'We are convinced of the technological potential of Nexigen. If the company develops according to plan, we see their expertise as being a valuable addition to our own technology platform.' 4SC AG is already planning to conclude a research agreement with Nexigen GmbH during the takeover option period, enabling 4SC to use the technology platform for its own research purposes, explains Vitt further.

The main investor in Nexigen GmbH's financing round was Santo Holding (Deutschland) GmbH, who is the largest single shareholder in 4SC AG.

Nexigen GmbH was set up in August 2007 by an interdisciplinary team of four scientists with the support of a business angel. Since 2002 the pre-seed phase has been supported as a successful spin-off project at the caesar research centre in Bonn.

The start-up company Nexigen GmbH has specialised in innovative procedures for cellular screening systems for proteins and peptides. Patented technologies enable efficient development of innovative drug candidates which have minimal side effects for diseases which are difficult to treat.

The proprietary technology platform is currently being used for their own therapeutic projects and co-operation with pharmaceutical companies.

Projects with prestigious Top 20 pharmaceutical companies such as Bayer-Schering and Johnson & Johnson Pharmaceutical Research & Development, as well as with international biotech companies, have already been successfully carried out. The establishment of an own project pipeline initially aims to develop therapeutic peptides for the treatment of viral infections.

More information is available at www.nexigen.de

4SC AG (ISIN DE0005753818) has been listed in the Prime Standard of Frankfurt Stock Exchange since 15 December 2005. Founded in 1997 and now with a staff of 77 employees, the company develops novel drug candidates against inflammatory diseases and cancer. 4SC AG utilises its patent protected platform, to create a sustainable project pipeline of drug candidates, which are to be developed up to clinical efficacy in early clinical phases ('proof of concept') and subsequently partnered with the pharmaceutical industry in return for advance and milestone payments as well as royalties. There are currently eight projects in the development pipeline and a rich pool of further discovery projects. Clinical phase IIa for he first project for the treatment of rheumatoid arthritis has already successfully been completed. An additional project for the treatment of various cancers is currently completing a clinical phase I trial. Further projects are in advanced pre-clinical stages.

Further information is to be found at www.4sc.com.