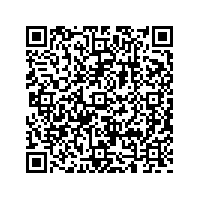 (lifePR) ( Mannheim, 18.09.14 )
In September 2014 economic expectations for Central and Eastern Europe including Turkey (CEE region) slightly decrease . In the current survey the ZEW-Erste Group Bank Economic Sentiment Indicator for the CEE region has lost 7.9 points and now stands at a rather balanced level of 3.3 points. The majority of 43.3 per cent of the survey participants does not expect any changes in the economic conditions of the CEE region over the next six months. The ZEW-Erste Group Bank Economic Sentiment Indicator for Central and Eastern Europe reflects the financial market experts' expectations for the CEE region on a six-month time horizon. The indicator has been compiled on a monthly basis together with further financial market data by the Centre for European Economic Research (ZEW) in Mannheim with the support of Erste Group Bank, Vienna, since 2007.

In September the experts' assessment of the current economic situation for the CEE region improves by 7.1 points to the balanced 0.0 mark.

The Financial Market Survey CEE is a survey carried out among financial market experts by the Centre for European Economic Research in Mannheim (ZEW) and Erste Group Bank AG, Vienna. The target of this survey is to develop indicators describing the economic conditions in Central and Eastern Europe (CEE) as well as in Austria. The CEE region observed in the survey consists of Bulgaria, Croatia, the Czech Republic, Hungary, Poland, Romania, Serbia, Slovakia, Slovenia and, since October 2010, Turkey.

The financial experts are questioned on their evaluations of the current business situation, the medium-term prospects of the respective economies and their expectations as to the development of the inflation rate, the short- and long-term interest rates, exchange rates and stock prices on a six-month time horizon. The analysts' assessments reflect the qualitative direction of the estimated changes. The quarterly 'Financial Market Report CEE' contains the results for every Central and Eastern European country in detail.

ZEW is one of Germany's leading economic research institutes and enjoys a strong reputation throughout Europe. ZEW has distinguished itself by analysing internationally comparative issues in the European context and creating data bases important for scientific research, e.g. Mannheim Innovation Panel (MIP), ZEW Start-Up Panel. ZEW's key objectives are conducting economic research, providing economic policy advising and transferring knowledge. ZEW was founded in 1990 and currently employs a staff of 190, of which two thirds are researchers.