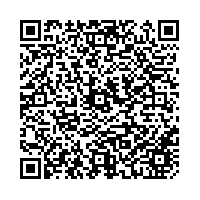 Chinese Economy Hardly Profits from Olympics in the Long Term

(lifePR) ( Mannheim, 05.08.08 )
The Summer Olympics in Beijing bring China into the focus of worldwide publicity. However, the Olympic Games will have few long-term effects on the Chinese economy. Direct impulses on Chinese stock markets by the world's biggest sporting event are hardly expected. These are the findings of a survey con-ducted by the Centre for European Economic Research (ZEW) in Mannheim. About 300 experts and investors from banks, in-surance companies and big industrial enterprises were surveyed.

According to the survey, the Chinese economy, especially the construction sector, has profited immensely from the public spending on the infrastructure prior to the Olympic Games. It is a debatable point whether these investments have a long-term effect on the economy. It is usually argued that mayor sporting events contribute to a higher economic growth in the host coun-try because of the advertising appeal for the location and the improved infrastructure.

However, the ZEW financial market experts expect that the Olympics will only have a limited effect on China with a view to the next three to five years. Slightly more than one third of experts anticipate a slightly positive effect of the Olympic Games on the Chinese economy. More than half expect neither a positive nor negative effect, and therefore see no lasting profit at all. No expert thinks that there will be an extremely positive or extremely negative effect. "The investments mainly focus on the region around Beijing. The special effect of the Olympics on the whole Chinese economy is therefore rather small", says Chris-tian David Dick, ZEW researcher, on the survey results.

In the last years, the prospect of the Olympic Games has done its bit to create a spirit of optimism in China. Stock markets in Shanghai and Hong Kong increased to an all-time high in Octo-ber 2007. However, since then they have declined strongly. The Hang Seng Index in Hong Kong recently stood at 22,258 points (after over 300,000 points in October 2007), the SSE Composite Index in Shanghai stood at about 2,850 points (after its all-time high at 6,124.04 points in October 2007).

"The experts' assessment signalises that investors will wait and see. German investors will decide to buy or sell Chinese stocks not because of the Olympics but because of other factors", Qingwei Wang, ZEW researcher, explains. The ZEW experts hold the opinion that especially the dynamic economic devel-opment based on solid domestic demand is promising for China. However, they see some risks in the high inflation and the inse-curity about whether the decline in price of the last months has ended yet or whether there will be further adjustments. More than half of the financial market experts also see risks or great risks in the Chinese government possibly influencing the stock market.

The ZEW-IDI is calculated on the basis of the four following components: current turnover and demand, as well as expected turnover and expected demand (each compared to the preceding respectively succeeding quarter.)