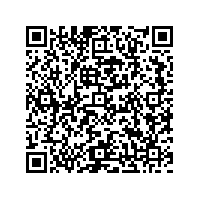 Focus: Hong Kong at the 9th FILMASIA Festival in Prague

In his welcome remarks, Director of HKETO Berlin, Ivan K B Lee, highlighted Hong Kong's thriving creative industry and encouraged Czech film production companies and filmmakers to take advantage of the unique opportunities in Hong Kong: "Hong Kong has more than a century's history in film-making and has one of the largest and most dynamic film entertainment industries in the world. As an open society that encourages creativity and diversity, there is much scope for further collaboration between creative talents from the Czech Republic and Hong Kong. I encourage Czech creative talents and entrepreneurs to use Hong Kong as the super-connector between China and the rest of the world."

Link to the Prague programme: http://www.filmasia.cz/

HKETO Berlin is the official HKSAR Government representative in commercial relations and other economic and trade matters in the Czech Republic, as well as Austria, Germany, Hungary, Poland, the Slovak Republic, Slovenia and Switzerland.