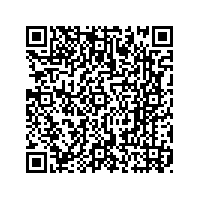 News abonnieren
(lifePR) ( Berlin, 14.05.20 )
The area planted with legumes in the EU-27 in the 2020/21 marketing year is seen to grow. The biggest increase is expected in soybean plantings.

The area in the EU-27 planted with legumes for the 2020 crop will presumably be up 9 per cent at 2.5 million tonnes. Soybeans account for the largest hectarage and see the biggest increase in area relative to other legume crops. According to information published by the EU Commission, soybeans occupy an area of just about 1 million hectares in 2020, which is up 11 per cent year-on-year. Italy is the biggest soybean producer in the European Community, followed by France and Romania. The Commission also expects significant area expansions in field beans and feed peas. Farmers in the EU-27 are estimated to have sown 470,000 hectares with field beans, which translates to a 9 per cent rise from 2019. The land dedicated to feed pea production is seen to have expanded 8 per cent to 840,000 hectares. In contrast, the sweet lupin area will presumably decline 3 per cent to 180,000 hectares.

Because of the increase in legume area, the EU Commission expects a total legume harvest of 6.7 million tonnes, up 10 per cent from the previous year. According to investigations conducted by Agrarmarkt Informations-Gesellschaft (mbH), production of field beans and soybeans is likely to rise 12 per cent each. Soybean output would hit a record high of 2.95 million tonnes. Whereas feed pea production is projected to grow 8 per cent to 2.2 million tonnes, sweet lupins are expected to decrease around 2 per cent to 260,000 tonnes.

The Union zur Förderung von Oel- und Proteinpflanzen e.V. (UFOP) has welcomed the development in crop production as a beneficial contribution towards greater diversity in crop rotation systems. At the same time, the association has drawn attention to a current initiative of Copa-Cogeca, the confederation of the Committee of Professional Agricultural Organisations and the European General Confederation of Agricultural Cooperatives. In view of the current corona crisis and the EU's continued strong reliance on imports of soybeans and rapeseed, Copa-Cogeca has called on the EU Commission to suspend the restrictions on the use of crop protection products for nitrogen-fixing crops grown on ecological priority areas to boost production of soybeans, peas, beans and lupins in the EU.

UFOP has also warned that a decline in production of biofuels made from sustainably produced European feedstock crops such as rapeseed would lead to a lower European supply of protein-rich GM-free joint products.

The Union for the Promotion of Oil and Protein Plants e. V. (UFOP) represents the political interests of companies, associations and institutions involved in the production, processing and marketing of domestic oil and protein plants in national and international bodies. UFOP supports research to optimise agricultural production and for the development of new recycling opportunities in the food, non-food and feed sectors. UFOP public relations aim to promote the marketing of domestic oil and protein plant end products.