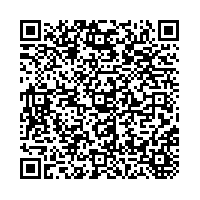 (lifePR) ( Würzburg, 15.07.10 )
Newspaper house Badische Neueste Nachrichten (BNN) in Karlsruhe recently became the second renowned German publisher to opt for a compact triplewidth KBA Commander CT 6/2 press to modernise its print centre. The 96page press line ordered from Koenig & Bauer AG (KBA) features four reelstands, four 6/2 printing towers and two folders. Installation is to commence in summer next year and the press is to go on stream at the end of 2011.

BNN publisher Hans Wilhelm Baur: "Newspapers have always been printed at a very high technological level at our plant in the Karlsruhe suburb of Neureut. To ensure continued access to the most modern printing equipment available, we decided to replace our KBA Commander satellite press which was installed in 1995, as well as a press with 10unit satellites taken from another manufacturer in 2001. After intensive studies of the technologies on the market, the decision fell in favour of the innovative and compact Commander CT 6/2 press from Koenig & Bauer. The significantly faster makeready and the high production output will enable us to shorten the production schedules for our newspaper titles appreciably. That greatly enhances both our flexibility and our performance capabilities. At the same time, we will achieve an even better print quality and further improved working conditions for our press crews."

Leading daily for the Karlsruhe region

Under the management of cofounder Wilhelm Baur, and later in the capable hands of the current publisher Hans Wilhelm Baur, the newspaper house has developed into one of the leading media providers for the Karlsruhe region, the Black Forest and the Upper Rhine Plain since its founding in 1946. With a sold circulation of approx. 150,000 and over 400,000 daily readers, the Badische Neueste Nachrichten is to be counted among the major daily newspapers in the federal state of Baden-Württemberg. The 90 editors in the central offices are in constant contact with a dense network of correspondents in Europe and around the world to fill the national and international sections with the latest news from politics, sport and the economy. The reporting on events in the immediate neighbourhood, which is today indispensable for a regional newspaper, is contributed by the committed local teams at ten locations across the circulation area. Together with the BNN editions for Karlsruhe, Hardt, Rastatt, Baden-Baden and Ettlingen, the Pforzheimer Kurier, the Bruchsaler Rundschau, the Brettener Nachrichten and the Acher- und Bühler Bote make up the nine local editions of the newspaper.

BNN editorinchief and publisher: "With greater journalistic flexibility, while at the same time adhering to the serious qualities of a daily newspaper, we are tackling the challenges posed by the changes in the media landscape of the 21st century with active determination. The mixture of tradition and modern approach forms a good basis for the future success of our regional newspapers."

The new triplewidth KBA Commander CT is engineered for the Rhine format with a cutoff length of 510mm (20in) and a maximum web width of 2,100mm (82.7in). Georg Siepmann, technical manager at BNN: "The very fast makeready and the high level of automation will lend our production capabilities an enormous boost. In the future, we will be able to print up to 45,000 newspapers per hour with up to 96 fullcolour pages. The copy thickness can vary considerably from one individual product to another, but the changes are triggered automatically from the console. At the same time, the press has been configured for 5/12, 7/12 and 11/12 web widths to permit us to offer innovative forms of advertising such as spadias."

The Commander CT 6/2 is controlled from three ErgoTronic consoles incorporating the automation modules KBA EasyStart for automatic press startup and EasyStop for automatic rundown. Furthermore, the new press is to be integrated into an upgraded implementation of the existing EAE Print production scheduling and presetting solution, with the addition of a proofing system.