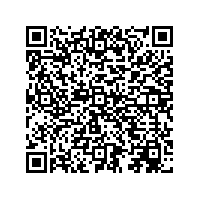 'The latest confidence indicators have confirmed the ongoing global recovery and gradually improving economic conditions. Against this background, KBC posted a net result of 272 million euros in the third quarter and a high adjusted net result of 457 million euros. At group level, and excluding deconsolidated entities, we managed to increase levels of net interest income and net interest margin, while posting growth in deposits and mortgages, retain a good combined ratio, keep an excellent cost/income ratio and reduce impairments. However, fee and commission income was weaker, mainly due to the seasonal dip, and the net result from financial instruments at fair value was lower.

In the quarter under review, the Belgium Business Unit generated a net result of 391 million euros, above the average figure of 358 million euros for the four preceding quarters. Compared with the previous quarter, this one was characterised by higher net interest income, lower net fee and commission income, weak unit-linked life insurance sales but an excellent non-life combined ratio, a very good cost/income ratio and a lower level of loan loss impairment charges. The banking activities accounted for 79% of the net result in the quarter under review, and insurance activities for 21%.

The Czech Republic Business Unit posted a net result of 157 million euros, above the average figure of 135 million euros for the four preceding quarters. Compared with the previous quarter, this quarter included a small decline in net interest income, an improved combined ratio in non-life insurance, increased unit-linked life insurance sales, higher net fee and commission income, an excellent cost/income ratio and lower loan loss impairment charges. Banking activities accounted for 96% of the net result in the quarter under review and insurance activities for 4%.

The International Markets Business Unit recorded a net result of -12 million euros, an improvement on the average of -42 million euros for the four preceding quarters. Compared with the previous quarter, the third quarter was characterised by slightly higher net interest income and net fee and commission income, lower costs (these were higher in the previous quarter on account chiefly of the one-off financial levy in Hungary), and slightly higher loan loss impairment charges, with Ireland still accounting for the bulk of the impairments. Overall, the banking activities accounted for a negative net result of -17 million euros (the positive results in Slovakia, Hungary and Bulgaria were wiped out by the negative result in Ireland), while the insurance activities accounted for a positive net result of 6 million euros.

In light of the paper published by the European Banking Association on forbearance and non-performing loans as well as the upcoming asset quality review in 2014, we are reassessing our loan book with specific focus on the Irish loan portfolio. We expect to add additional provisions due to the reclassification of 2 billion euros' worth of restructured mortgage loans. As regards our corporate loan book, given the slower than expected recovery of the SME sector in Ireland, we expect to add provisions due to a more prudent outlook on future cashflows and collateral values. In total, this will lead to an expected impairment charge in Ireland of up to 775 million euros in the fourth quarter of this year. Our guidance for loan loss provisions in Ireland for the coming years is 150 to 200 million euros for 2014 and 50 to 100 million euros for each of 2015 and 2016. This is based on current economic projections. As regards all the other countries, the currently estimated impact is considered to be immaterial.

We also continued to finalise our divestment plan. In September, we announced the agreement to sell KBC Bank Deutschland, a deal which will improve our solvency position by roughly 15 basis points. On the remaining divestment files , we have taken additional impairments of 30 million euros for NLB, 55 million euros for KBC Banka and 73 million euros for Antwerp Diamond Bank. This, together with the discount for the transferred shareholder loan and some smaller items, resulted in a net result that is substantially below the adjusted net result.

The liquidity position of our group remained very strong, with both the LCR and NSFR being well above 100%.

Our capital position has remained strong, with a tier-1 ratio of 15.8%, even after the large repayment of 1.17 billion euros of Flemish state aid (plus a penalty of 0.58 billion euros) at the beginning of July. Our common equity ratio under Basel III at the end of the quarter stood at 12.5% (fully loaded), well above our goal to maintain a target common equity ratio under Basel III (fully loaded) of 10% as of 1 January 2013.

These results confirm our belief in our core business, which is bank-insurance in Belgium, Czech Republic and a selection of countries in Central and Eastern Europe. Our 37 000 employees act to serve and benefit our clients, shareholders and other stakeholders. We are truly appreciative of the continued trust placed in us.'

Further information in the attachment.