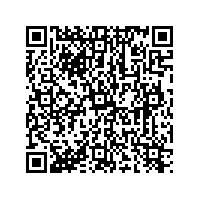 "If we do nothing now, this natural paradise will be destroyed forever"

News abonnieren
(lifePR) ( Sundern, 12.01.21 )
With the renaturaRica project, the Willecke family from Germany would like to save a small piece of land in Cahuita, Costa Rica, with an amazing biodiversity of flora and fauna from destruction. Supporters are currently being sought for this.

Cahuita in Costa Rica is so far a wonderful place to live, both for people and animals. The village is located directly next to a small national park and so far there are still many undeveloped plots of land in the village, so that animals and native plants have habitats there. Unfortunately, however, even this patch of earth is threatening to fall victim to commercialism and more and more areas are being cleared and offered as building land.

This fate now also threatens a larger piece of land directly at the national park. At the moment it is still a small oasis for plants and animals. Several monkey families and many birds use it daily for foraging and as a safe way to get to the national park area. If all the big trees are cut down there, it will have devastating consequences for the monkeys. But not just for monkeys, of course. The property is a habitat for sloths, opossums, coiled bears, turtles, frogs, lizards, tarantulas, snakes, scorpions ...

Although part of the total plot of about 3 hectares was planted years ago by the owner with bananas and coconut palms (for their own use in organic quality), there are currently still many native plants. There are also large, old trees on the property.

The owner wants to divide the land into small parcels this year and sell it as building land.

The Willecke family would like to purchase the land through a non-profit organization in order to protect it from deforestation and construction and to further renaturalize it. Since it lacks the necessary financial resources, the project is to be realized via crowdfunding. The campaign prepared for this purpose will start in mid-January on ecocrowd.de.

The Willecke family is looking for supporters. She's not just looking for donors, but also for people who can help spread the word about the project. "Of course we are aware that it is a very bad time to ask people for donations for conservation projects, but we have no choice and just have to try it now" says the Willecke family.

Pressemitteilung "If we do nothing now, this natural paradise will be destroyed forever" weiterempfehlen