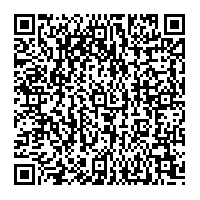 
EU Malaria Fund closes with an initial €70 million to support scientifically promising projects not yet pursued by the pharmaceutical industry
The fund is backed by InnovFin EU and the European Fund for Strategic Investments, joint initiatives of the EIB and the European Commission
First fund investment: €24.8 million for two companies, whose malaria R&D could potentially lead to secondary use against COVID-19


The European Investment Bank (EIB), the European Commission and Investitionsbank Berlin (IBB) today announced the first closing of their EU Malaria Fund. The European Commission and the EIB are investing an initial €64 million into the fund, which aims to bridge the gap between molecule and market for feasible and affordable innovative solutions to prevent and treat malaria. The outstanding amount of €6 million is being provided by various national and private investors, including IBB and the Bill & Melinda Gates Foundation.

“Malaria is the world’s current most deadly infectious disease. To fight it is more urgent than ever,” said Ambroise Fayolle, EIB Vice-President in charge of health. “Progress has largely stalled in recent years, resistance to traditional drugs is on the rise, and new treatments are often costly. It is high time that we joined forces with public and private actors in and outside the EU to tackle the problem. If it can increase the number of ways to help prevent or cure malaria, our fund could be a life-saver for hundreds of thousands of people every year.”

Mariya Gabriel, European Commissioner for Innovation, Research, Culture, Education and Youth, said: “We are joining forces with other investors to protect health and save lives. The new EU Malaria Fund is working with a total EU contribution of more than €110 million to boost research efforts and speed up market solutions against this preventable and deadly disease. This is an example of how key global players can come together to fight infectious diseases such as malaria and bring health technologies to those who need them most.”

“Investitionsbank Berlin feels honoured to be part of such an important project. Berlin has established itself as a hub for medical science throughout Europe in recent years and so it is only right that we take part in this effort to tackle this disease. We’re looking forward to working closely with our partners to find innovative solutions to prevent and treat malaria in the future,” said Dr Jürgen Allerkamp, Chairman of the Board, Investitionsbank Berlin.

“This is a decisive instrument that may yield important results and could potentially be leveraged in other disease areas where there is a similar underlying market failure,” added Holm Keller, Executive Chairman of kENUP Foundation and Co-Managing Director of the EU Malaria Fund.

In total, the EU Malaria Fund is expected to bundle investments of €150 million. The instrument will finance companies through venture debt. The two first investments earmarked by the fund are expected to go to Italian AchilleS Vaccines and to Austrian Themis Bioscience GmbH.

AchilleS Vaccines is a Siena-based biotech company specialising in research on malaria, antimicrobial resistance and, lately, COVID-19. The company follows an innovative approach to malaria vaccine development while also offering reverse vaccinology-based therapeutic and preventive interventions against COVID-19. The fund also offered support to Themis, a company that has developed a platform to rapidly advance immune modulation therapies for a range of infectious diseases and cancer. Themis’ vaccine candidate against chikungunya, a mosquito-borne disease with global outbreak potential, uses this platform and has shown an excellent safety and immunogenicity profile in clinical trials to date. The company’s know-how might prove especially precious when it comes to working on a vaccine against COVID-19 and malaria.

The EU Malaria Fund blends investment from the European Union, the EIB, IBB, the Bill & Melinda Gates Foundation, and other European national and private actors. The National Academy of Medicine of the United States of America intends to provide independent decision support, and the Organisation for Economic Co-operation and Development (OECD) will analyse the fund’s intervention system strengths and weaknesses. The fund is supporting the implementation of the World Health Organization's Global Technical Strategy for malaria 2016 – 2030, combining WHO's technical expertise and EIB’s financial muscle. The fund was initiated by kENUP Foundation with support from the EIB and will be managed by IBB Group Berlin, the group of the public promotional bank of the Federal State of Berlin.

Malaria kills one child every two minutes. Pregnant women and children under five remain especially vulnerable, as do the impoverished, immune-compromised and marginalised. Thus, this preventable and curable disease continues to claim the lives of more than 400 000 people each year, largely in Africa. In the last two decades, significant progress to reduce disease burden has taken place with the support of the European Union and other global partners. However, the effects of global warming, the increasing resistance to available treatments and insecticides, as well as increased travel and migration flows, may imminently paint a radically different epidemiological picture. In addition, the World Health Organization estimates that the COVID-19 pandemic could set back the fight against malaria by 20 years. Consequently, product development efforts must be boosted with sustainable, blended financing solutions.

The European Investment Bank is the long-term lending institution of the European Union owned by its Member States. It makes long-term finance available for sound investments in order to contribute towards EU policy goals. The EIB also supports investments outside the EU.

The Investment Plan for Europe is one of the EU's key actions to boost investment in Europe, thereby creating jobs and fostering growth. To this end, smarter use is made of new and existing financial resources. The EIB Group is playing a vital role in this investment plan. With guarantees from the European Fund for Strategic Investments, the EIB and EIF are able to take on a higher share of project risk, encouraging private investors to participate in the projects. To date, the projects and agreements approved under EFSI are expected to mobilise around €486 billion of investments and to benefit about 1.2 million small and medium-sized companies throughout the EU.

The InnovFin – EU Finance for Innovators programme was launched in 2014 by the European Commission and the EIB Group, with the purpose to offer a new generation of financial instruments and advisory services to help innovative firms access finance more easily across Europe and beyond. It is funded by Horizon 2020, the EU Framework Programme for Research and Innovation.