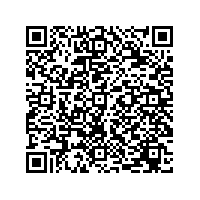 News abonnieren
(lifePR) ( Berlin, 31.01.12 )
The Berlinale is expanding its portfolio with an additional initiative and extending a four-month invitation to six filmmakers and their new projects to the creative metropolis of Berlin in autumn 2012. The new international fellowship programme, Berlinale Residency, will help filmmakers to complete their scripts successfully, as well as to develop the audience potential of the films together with their producers in a "Script to Market" seminar. Working in close contact with individually selected mentors from the Nipkow Programm and international market experts, the filmmakers can take a decisive step toward placing their next film project on the way to a successful theatrical release. Directors who have already celebrated a feature film success at a renowned international film festival can apply for the four-month Berlinale Residency.

"The Berlinale Residency is a logical progression of the previous Berlinale initiatives," explains Festival Director Dieter Kosslick. "The fellowship serves as a follow-up project for filmmakers who already had a feature in the official programme of the festival, who were selected with projects in the Berlinale Co-Production Market or Berlinale Talent Campus, or who were supported through the World Cinema Fund. However, we are also looking forward to receiving other filmmakers from around the world, whom the programme will entice to Berlin."

Kirsten Niehuus, Managing Director of film funding at the Medienboard Berlin-Brandenburg said: "We were particularly impressed that the Berlinale Residency not only practises traditional story development, but also works on the projects in close relationship to the market and with corresponding experts from the industry. Audience orientation and effective analysis are more important today than ever before."

The first call for entries for the Berlinale Residency, which will begin in September 2012, starts at the opening of the Berlinale on February 9, 2012 online at www.berlinale-residency.de.

The six selected projects (feature and documentary films and cross-media projects) will be worked on from September to December. Afterwards, they will be presented, in order to find additional partners for financing and - where appropriate - co-production. On offer as initial presentation platforms are the Berlinale Co-Production Market and the Guadalajara International Film Festival, which takes place in March and along with its affiliated Film Market is a partner of the Berlinale Residency. Depending on the project, further presentations at co-production markets in Buenos Aires, Durban or Sarajevo are being considered.