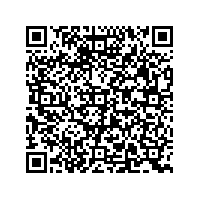 News abonnieren
(lifePR) ( Berlin, 27.01.15 )
Since 1986 the Berlin International Film Festival has presented the Berlinale Camera to film personalities or institutions to which it feels particularly indebted and wishes to express its thanks.

At the 65th Berlin International Film Festival, film historian and former director of the Moscow Film Museum Naum Kleiman will be awarded the Berlinale Camera.

Born in 1937 in Kishinev (now Moldova), film historian, author, lecturer and curator Naum Kleiman is one of the most important advocates of film culture in contemporary Russia. He was co-founder of the legendary Eisenstein Archives, and their director from 1967 to 1985. In 1989 he founded the Moscow Cinema Museum, the Musei Kino, whose director he became in 1992. In these years of upheaval, it was a place of great significance for Moscow and an entire generation of young Russian filmmakers. In 2005 the Cinema Museum lost its premises due to a property scandal and since then has only existed as an archive. From 2005 up into 2014, Naum Kleiman and his team fought for a new building. With unflagging commitment, they kept the "Cinema Museum in exile" alive by organising almost daily screenings in movie theatres and museums all over Moscow. In July 2014, the Russian culture minister replaced Kleiman with a new director. In protest at how the new director was managing the museum, the entire staff resigned in October 2014.

As a scholar Naum Kleiman has published extensively on, e.g., the work of Sergei Eisenstein, film theory and the history of Soviet and Russian cinema. He has received numerous awards, including a FIPRESCI Prize (1987) for the retrospectives he organised during the Moscow International Film Festival, the French L'Ordre des Arts et des Lettres (1992), a "Felix" from the European Film Academy (EFA, 1993), as well as a Goethe Medal (1995). Kleiman has been on juries at many film festivals worldwide, including the International Jury of the Berlinale Competition. For years he was also an advisor and active supporter of the Berlinale's Forum section.

The presentation of the Berlinale Camera to Naum Kleiman will take place at the Delphi Filmpalast at 4.30 pm on February 12, 2015. To celebrate the occasion, Tatiana Brandrup's documentary Cinema: A Public Affair (2015) about Kleiman and events leading up to his dismissal will be screened afterwards.

The Berlinale Camera has been awarded since 1986. Until 2003 it was donated by Berlin-based jeweller David Goldberg. From 2004 through 2013 Georg Hornemann Objects, a Dusseldorf-based atelier, sponsored the trophy, which goldsmith Hornemann then redesigned for the Berlinale in 2008: Modelled on a real camera, the Berlinale Camera has 128 finely crafted individual components. Many of these silver and titanium parts, such as the swivel head and tripod, are movable.