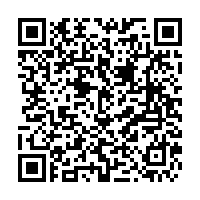 Aviation is a key economic contributor. In Singapore, for example, where the government has supported aviation as a strategic industry, it contributes 119,000 quality jobs and 5.4% of GDP. This is according to Oxford Economics studies commissioned by IATA to demonstrate to governments the catalytic impact of a healthy aviation sector on national economies. "The connectivity that aviation provides to Singapore has enabled it to develop as a successful regional hub for sectors as diverse as finance, healthcare, culture and education," said Tyler in a keynote address to the Singapore Airshow Aviation Leadership Summit.

Not all governments have the same positive approach. India is one market that is missing out on aviation's potential as a result of a policy framework that does not support aviation's competitiveness. For example, high taxes, a lack of capacity in Mumbai and increasing infrastructure costs in Delhi are holding back Indian aviation's potential. "The stunted growth of Indian aviation comes with an economic cost. India's population is about 240 times the size of Singapore's. But the number of aviation jobs is just about 14 times larger at 1.7 million. And the economic contribution of aviation is still only 0.5% of the Indian economy. It is an important 0.5%. But even considering the differential in GDP/capita between Singapore and India, these numbers tell us that there is tremendous unrealized potential in India," said Tyler.

Asia is driving growth and shifting aviation's center of gravity eastward. In 2010 about 33% of passengers traveled on routes to, from or within Asia-Pacific. For North America and Europe the equivalent number was 31%. By 2015 IATA's passenger forecast anticipates that Asia-Pacific will represent 37%, while traffic associated with Europe and North America will fall to 29%. Over that same 2010-2015 period, total passengers worldwide are expected to rise to 3.55 billion. Of the 877 million additional passengers that will be generated, 212 million are expected to fly on routes associated with China.

Looked at in terms of propensity to travel, Asia has tremendous potential for future growth. The average person in the US travels by air 1.8 times per year, while in Germany the equivalent is one trip annually. For China the average is 0.2 air trips per person per year and for India it is just 0.1. "Within the next decade China is expected to reach the $15,000 per capita income level at which point annual air travel becomes possible. Achieving that in China will generate an extra billion annual travelers," said Tyler.

Growth brings challenges in areas such as security and climate change. These are best met by governments and industry working together with common purpose.

Security: Tyler urged broad cooperation among industry and governments to realize the Checkpoint of the Future. Aviation is far more secure today than prior to 9.11 but airline costs ballooned to $7.4 billion annually while the level of convenience for passengers deteriorated. The introduction of more complex procedures has resulted in a decline in hourly passenger throughput at security checkpoints from an average of 335 (pre-9.11) to 149 today. "Security is a top priority that must not be compromised. But everybody hopes for an early evolution from an airport checkpoint experience defined by queuing, unpacking, removing clothing, separating certain items and possibly invasive searches. The system works, but it is struggling to cope with today's volumes. Growth will only make the challenge bigger. One of my priorities is to build global consensus that will see the Checkpoint of the Future improve the quality and convenience of airport security," said Tyler.

The Checkpoint of the Future envisages using passenger data collected for immigration authorities to differentiate airport screening. Secondly, it incorporates technology expected to be available in a seven to ten year time frame to enable passengers to walk through checkpoints without stopping or unpacking.

Along with support from Interpol, the European Commission, the US Department of Homeland Security and the Chinese government, 16 states have endorsed the Checkpoint of the Future concept.

Climate Change: The aviation value chain is committed to improving fuel efficiency by an average of 1.5% annually to 2020, capping net emissions from 2020 with carbon-neutral growth and cutting its carbon footprint in half by 2050 compared to 2005 levels. Improvements in technology, operations and infrastructure as well as the use of positive economic measures are needed to achieve this.

With the potential to reduce aviation's carbon footprint by up to 80% (over the lifecycle of the fuel), sustainable biofuels have a big contribution to make. "To move into general usage, we need the price to drop and the supply to increase. Policy measures that and de-risk the investment needed for the scaling up of commercial aviation biofuels projects are crucial," said Tyler.

"Positive economic measures such as emissions trading are a necessary, if temporary, bridge to reach aviation's climate change targets. To be effective and avoid market distortions, these measures must be globally coordinated. Europe deserves credit for pushing this issue up the international agenda and it is at the forefront on emissions trading. But its unilateral approach must change," said Tyler.

The industry supported the EU Emissions Trading Scheme (ETS) as an intra-European solution that would avoid uncoordinated tax measures. But the scope was extended beyond Europe's borders and there was no let-up in taxation. "Departure taxes in the UK, Germany and Austria-introduced as environmental measures-cost over EUR 4 billion. At current prices for UN issued Certified Emissions Reductions, that would offset aviation's global CO2 emissions about one-and-a-half times. And ETS is coming on top of that," said Tyler.

Non-European governments see this extra-territorial tax collection as an attack on their sovereignty. They are taking action. "Aviation can ill afford to be caught in an escalating political or trade conflict over the EU ETS. The International Civil Aviation Organization (ICAO) is the only way forward. I sense a greater appreciation in Europe that a global solution under ICAO may take time, but it will produce a superior result. It is more important than ever for Europe to be a fully engaged participant in discussions at ICAO aimed at delivering a global solution," said Tyler.