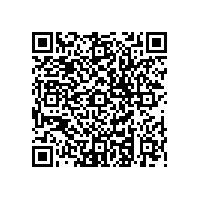 Tyler also urged policymakers to work with industry on win-win solutions. "There are numerous areas of common interest between what is good for the industry and what is good for Europe," said Tyler. He noted that such an approach could help avoid "unintended consequences" of regulation. "At present, the general direction is on 'restricting and taxing' aviation. Instead of 'enabling' policies, they seem focused on 'disabling'-an unintended consequence that imposes a big cost on European airlines' competitiveness," said Tyler.

Tyler's remarks came in a speech to the European Aviation Club. Key points include the following policy priorities:

Capacity: While IATA welcomed many aspects of the recent Airports Package, Tyler highlighted the industry's concern for the intention to change the 80:20 use-it-or-lose-it rule to 85:15 for airport slot management. "The current 80:20 rule is based on IATA's Worldwide Slot Guidelines which are used at 161 airports globally. Changing this to 85:15 incentivizes airlines to fly when demand is not there. Flying empty planes does not improve competitiveness or environmental performance, which is surely an unintended consequence. The focus should shift to building the airport capacity needed to fulfill economic growth," said Tyler.

Single European Sky (SES): SES will improve Europe's competitiveness by increasing airspace capacity, improving safety, cutting carbon emissions by some 16 million tonnes annually and halving air traffic management costs. The latest SES progress report notes that only five out of 27 states are on track to meet agreed upon targets to reduce delays and improve cost efficiency. And only one out of the nine Functional Airspace Blocks is expected to meet the year-end target deadline. "This is a make-or-break year for SES. Europe cannot afford to fail. I appreciate the urgent efforts of Vice President Siim Kallas. If states cannot deliver results, then it is time for the Commission to drive a top-down approach," said Tyler.

EU Emissions Trading Scheme (EU ETS): IATA continued to call for a global solution through the International Civil Aviation Organization (ICAO) as the key to breaking the impasse on Europe's plans to unilaterally include international aviation in the EU ETS. "The unintended consequences of the unilateral and extra-territorial approach go beyond market distortions to states seeing this as an attack on their sovereignty. I am sensing a growing recognition in Brussels that a global scheme developed through ICAO would provide a superior solution both for managing aviation's emissions and to resolving the political problems caused by extending the scheme beyond Europe's borders. This is encouraging and we will do all that we can to promote a pragmatic solution. But time is not on our side. Airlines from Europe may face some retaliatory action. And some non-European airlines may have to choose whether to obey the law of their land or that of Europe-two more unintended consequences which should convince all states that ICAO is the way forward," said Tyler.

Biofuel: Tyler noted that sustainable biofuels were a key component of the aviation industry's commitments to cap net emissions from 2020 and cut them in half by 2050 compared to 2005 levels. "To move from demonstration flights to being a major component of the industry's consumption, we need the price to drop and the supply to increase. The unintended consequence of current policy is driving biomass and investment towards road transportation which has alternative energy sources. This urgently needs to be redressed-not via blend mandates but by providing the right policy incentives to attract investment and de-risk the scaling up of commercial aviation biofuels projects," said Tyler.

Tyler re-iterated the economic benefits of aviation. "With austerity budgets across Europe, export revenues from cargo and tourists are critical to support jobs and GDP growth. Over 35% of the value of goods traded internationally are transported by air. The 655 million people who flew in Europe last year facilitated business and tourism. And the aviation supply chain sustains millions of European jobs, which became visible when the 2010 volcanic ash crisis brought Europe and much of the world to a halt," said Tyler.

IATA commissioned 54 studies from Oxford Economics to quantify the benefits of aviation at the national level. Highlights for major European economies include the UK where aviation supports 1.4 million jobs and 5% of GDP, France with one million jobs and 3.9% of GDP and Germany with 1.1 million jobs and 2.6% of GDP.