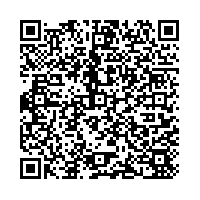 German Startups Group, Berlin-based investment company that has focused on young, fast growing companies since it went into business in 2012, has been confirmed to be the second most active venture capital investor in Germany in the latest survey conducted by CB Insights. This now also applies for the period from 2012 to today. Only the High-Tech Gründerfonds, which is mainly fed by public funds, was more active.

The American VC industry service CB Insights has been collecting a lot of data on the founder scene in Germany since 2012 due to the growing interest of international investors.

"We are pleased that German Startups Group is already the most active private venture capital investor in Germany only three years after going into business. We are convinced that this market position will bring us a competitive advantage because successful serial founders, in particular, often prefer renowned investors," explains Christoph Gerlinger, founder and CEO of German Startups Group.

A separate analysis conducted by CB Insights also illustrates this. According to its findings, the three shareholdings of German Startups Group, the e-commerce store JUNIQE, the platform for flight bookings eWings and the video content provider DemoUp, rank among the "15 High Momentum German Early Stage Startups." JUNIQE even managed to come in first place. The aim of the evaluation was to identify German Startups with the highest momentum that did not complete their final round of financing before 2014 and thereby collected no more than 10 million dollars in capital. Mentions in the press, statistics on web traffic, and social media mentions provided the basis for analysis.

The FinTech startup Scalable Capital that has been part of the portfolio of German Startups Group since its seed financing round announced its market entry just the day before yesterday. The young Munich-based company relies on its modern risk management technology to provide access to cost-efficient, professional asset management - a form of investment that was previously reserved for wealthier investors due to the costs of a personal investment advisor.
For more information on German Startups Group, its business model, portfolio, and management, please visit http://www.german-startups.com.

Press materials can be found at http://www.german-startups.com/index.php/presse.

German Startups Group is an investment company based in Berlin that focuses on young, fast-growing companies, so-called startups. The company acquires majority and minority shareholdings mainly by providing venture capital. The portfolio companies that German Startups Group holds also stand to benefit from German Startups Group's expertise, experience and network with respect to strategy development, financing rounds, restructuring necessities, M&A transactions or selling the company, including a possible IPO. According to its own assessment, German Startups Group provides startups with so-called "smart money" by acquiring a shareholding. Its focus is on companies whose products or business models represent a disruptive innovation, allow for a high degree of scalability to be expected, and in which it has a great deal of trust in the entrepreneurial abilities of the founders to whom it feels that it obtains early access to due to its close relationships to relevant players in the German startup scene. The geographical focus is on the German-speaking region. Since it commenced with operations in 2012, German Startups Group has in its opinion built up a diversified portfolio of investments in young companies and become the second most active venture capital investor in Germany since 2012 (CB Insights, Germany Venture Capital Overview). 25 of the 42 investments in operationally active companies are of particular significance to German Startups Group and together comprise 95% of the total value of all 42 active holdings. According to German Startups Group, its investment portfolio reflects a cross-section of extremely promising German startups of various maturity stages ("Seed," "Early" and "Growth Stage," by German Startups Group's own definition) and includes some of the most successful and best-known German startups.

More information is available on our website under http://www.german-startups.com