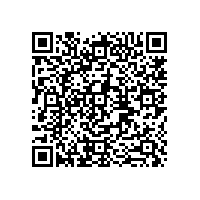 (lifePR) ( Schaffhausen, 24.02.09 )
.
- Slump in demand in the 4th quarter
- Result in line with announcement in November 2008
- Strategic expansion of GF Piping Systems on track
- Healthy balance sheet and secure financing

At Georg Fischer, negative currency effects, volatile raw material prices and the slump in the fourth quarter caused both growth and earnings to decline sharply in the past business year. In 2008 sales stood at CHF 4.46 billion, slightly below previous year. Adjusted for currency effects and changes in the scope of consolidation, sales were up by 1 percent. Whereas GF Piping Systems continued to report strong demand and finished the year virtually on target, GF Automotive was hit, immediately and hard, by the fourth-quarter slump in the European automotive industry, and GF AgieCharmilles felt the impact of a steep fall in customers' investment activity. In view of the looming recession, Georg Fischer lost no time in taking appropriate measures and in November 2008 announced a far-reaching efficiency programme. After exceptional charges amounting to CHF 50 million, operating profit (EBIT) came to CHF 134 million (previous year: CHF 326 million), equivalent to an EBIT margin of 3 percent (previous year: 7.2%). The figure was impacted by currency losses of CHF 44 million and, at GF Automotive, by raw material price increases of CHF 36 million that could not be passed on. Net income for 2008 amounted to CHF 69 million (previous year: CHF 245 million). Given the uncertain economic situation, it is not possible to issue any proper guidance for the current year. The Board of Directors proposes to the Annual General Meeting a profit distribution of CHF 5 per share, to be made in the form of a par value repayment.

The deterioration in external conditions in the course of 2008 was on a virtually unprecedented scale. In the first nine months of the year, Georg Fischer reported a good sales growth, but starting in October our main market sector, the automotive industry, went into a swift decline owing to the global financial and economic crisis. While the downturn so far had little impact on GF Piping Systems, the fourth-quarter slump in demand at GF Automotive and soon after at GF AgieCharmilles left a clear mark on the Corporation's annual results.

In a bid to contain the damage from the down cycle and from structural inefficiencies, all possible short-term operational and structural measures to cut costs were taken. These included adjusting production and management structures, cutting back overtime and temporary work, increasing efficiency and reducing personnel; these sweeping measures will begin to have an effect in the course of 2009. Should the recession deepen in 2009, additional steps will be unavoidable. Owing to the change in the outlook, GF Automotive has taken impairment charges on goodwill as well as on plant and equipment. Together with other exceptional expenditures connected with the planned efficiency-boosting programmes, this will result in a total one-off charge to EBIT of CHF 90 million. This is offset by exceptional income amounting to CHF 40 million. The net exceptional charge to the income statement will therefore total CHF 50 million.

Dramatic downturn in the fourth quarter leaves its mark

GF Piping Systems reported sales of CHF 1.22 billion. In other words, despite a huge currency impact, it managed to grow by 12 percent (5% adjusted for currency effects and acquisitions). The main growth driver was its success in the emerging markets. Following a good first half, demand began to taper off in the fourth quarter. EBIT came to CHF 122 million, which is slightly below the previous year; the EBIT margin was 10 percent (currency-adjusted: 12%).

GF Automotive was confronted in the fourth quarter with a massive decline in shipments resulting in an underutilisation of capacity, whereas in the first nine months of the year it had experienced strong demand and excess capacity utilisation at the same time as raw material prices doubled. At CHF 2.16 billion, sales were 3 percent lower than the previous year. In view of the bleak market outlook, the Corporate Group took impairment charges on goodwill as well as on plant and equipment amounting to CHF 83 million. On the other hand, the sale of the Verkehrstechnik unit generated one-off proceeds of CHF 35 million. Overall, EBIT amounted to CHF -5 million (previous year: CHF 132 million). GF Automotive is reviewing its manufacturing footprint in order to increase efficiency and adjust capacity to the market situation. As a first step production in Canada will be transferred to China.

GF AgieCharmilles suffered from the weak US dollar and towards the end of 2008 began to feel the effects of the global downturn in the machine tool sector. Sales fell by 8 percent to CHF 1.08 billion, though growth was reported in America. Since the slump in demand in the fourth quarter will continue into the current year, an adjustment in headcount of about 10 percent was unavoidable. Each of the Swiss plants is being focused on a single technology in order to eliminate product redundancy and speed up new developments. At the same time, the worldwide sales organisation was brought together under one head. EBIT came to CHF 26 million, equivalent to an EBIT margin of 2.4 percent. This figure includes negative currency effects of CHF 19 million and a provision for the above-mentioned restructuring.

The diversified portfolio of Georg Fischer with different cycles provides a measure of stability during downturns. Furthermore, the strategy of over-proportionately developing GF Piping Systems is justified as this business so far better withstood the ongoing recession. In 2008 progress was made in this direction by acquiring three companies for GF Piping Systems. As a result, the share of GF Piping Systems in the whole GF portfolio grew from 24 percent in 2007 to 28 percent in 2008.

GF Piping Systems achieved further progress in expanding its business. Central Plastics LLC, the market leader for gas and water utilities in North America acquired at the beginning of 2008, has performed well. GF is now a world-leading player in the growing infrastructure market for the safe transport of water and gas. In 2008, GF also acquired the Canadian distributor Alfa Plastics Inc. The acquisition of the Swiss firm JRG Gunzenhauser AG strengthens the GF position in the German and Swiss building technology market. New production facilities in China, India and Malaysia are giving GF access to the local growth markets in Asia.

GF Automotive was quick to focus on reducing vehicle weight by developing new materials and processes and by expanding light metal casting. It is doing its part to ensure that the next generation of vehicles is more fuel-efficient and has lower emissions, thus serving a key customer demand. In early 2009, GF Automotive will begin casting in large series at the new Kunshan iron foundry in order to meet demand on the growing Chinese market. For the same reason, capacity in the Suzhou light metal foundry is being expanded. In addition, the GF offering in the automotive sector has been streamlined by the sale of Georg Fischer Verkehrstechnik GmbH.

GF AgieCharmilles has created a unified umbrella brand, thus laying the foundation for more efficient and effective marketing in its highly competitive, global markets. This is a top priority project. The Corporate Group is also making every effort to improve the energy and cost efficiency of its new machines. GF AgieCharmilles offers a unique combination of EDM, milling and automation designed to increase productivity, a major demand of its customers, who need to differentiate themselves from their own competitors.

The balance sheet remains very solid. The equity ratio has edged down slightly to 43 percent (previous year: 45%). This is still a high ratio of equity that should enable the company to better face difficult economic times. Net debt rose sharply by CHF 282 million, due in large measure to the acquisitions made in 2008, which cost about CHF 200 million. Net debt amounts to 1.4 times EBITDA. The CHF 200 million 3 1/2 percent bond 1999-2009, due in February 2009, was paid back by drawing down a syndicated loan. Even after repayment of this bond, the Corporation has enough open credit lines to ensure its financing needs. Earnings per share fell from CHF 58 to CHF 14. The Board of Directors will propose to the Annual General Meeting a profit distribution of CHF 5 per share, to be made in the form of a par value repayment. This corresponds to a payout ratio of 36 percent, in line with the Corporation's dividend policy.

The primary task in 2009 will be to increase the profitability of GF Automotive and GF AgieCharmilles quickly and to improve the Corporation's operating cash flow. A number of production plants introduced short-time work early in 2009, and production capacity is continuously being adjusted to current demand levels across the board. Additional measures will be taken should markets continue to deteriorate. In the current situation, it is not possible to make any proper forecast about business performance for 2009. However, GF is adhering to its medium-term growth and earnings targets. Long-term trends such as the growing need for clean water, the reduction of CO2 emissions in vehicles and demand in new markets offer GF worldwide growth opportunities.

Georg Fischer is focused on its three core businesses GF Piping Systems, GF Automotive and GF AgieCharmilles. Founded in 1802, the company is headquartered in Schaffhausen, Switzerland, and has over 140 locations worldwide including 50 production facilities. With some 14,000 employees, it generated annual sales of 4.5 billion Swiss francs in 2008. The Corporation makes a direct contribution to the quality of life: Comfort, mobility and precision are key market requirements that we satisfy with our products and services. You'll find further information under www.georgfischer.com. You can register for our subscription service for journalists at www.georgfischer.com/.... You will then automatically receive our latest Media Releases or the regular Top Stories from Georg Fischer by e-mail.