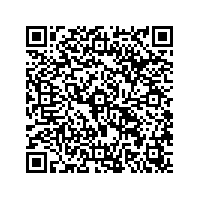 Audi, Marker Völkl bring energizing support and visibility to the sport of Freeride...

Marker, official ski binding supplierto the FWT since 2012, returns in 2014 with the addition of Völkl. Völkl becomes one of two official suppliers for the ski category along with Scott. Marker Völkl International has always been one of the most recognized names in Freeride, and their commitment to FWT 2014 builds on that legacy. The Marker Völkl international team includes decorated FWT riders like Sam Smoothy (NZL), Charlie Lyons (NZL), Markus Eder (ITA), Nadine Wallner (AUT) and many more.

"The Freeride World Tour is a unique contest based on a great concept.The world's elite take on the toughest challenges this sport has to offer, thrilling the fans with spectacular lines. Years ago we started campaigning for the tour with Marker, now we're working with Völkl as well. As an equipment maker, the FWT provides us with the ideal platform for showcasing the tremendous performance of all our Freeride products - from skis and bindings to the new Marker Protective Snow Equipment. The widespread success of our riders speaks for itself," said Bert Lammel, Marketing Manager of Marker Völkl International.

Nicolas Hale-Woods added: "The renewal of FWT's partnership with Marker is a great sign for the freeride industry. And as good news never comes alone, we are welcoming iconic ski brand Völkl to the FWT family!"

Every Freeride World Tour event of 2014 features a public event village where the official partners and suppliers connect face-to-face with the general public. These event villages are the perfect place for visitors to learn more about the indispensible products and technologies that make Freeride possible and allow the best riders in the world to perform at their highest level.

Swatch, launched in 1983 by Nicolas G. Hayek, is a leading Swiss watch maker and one of the world's most popular brands. The first Swatch watches surprised everyone with their revolutionary concept, creative design and provocative spirit. Today Swatch continues to innovate and surprise with new models, collections and special editions. The brand maintains a strong presence in the world of sports with its commitment to snowboarding, freeskiing, surfing, FMX and ice cross downhill. Right from the start, Swatch connected with art and artists, and Swatch watches remain a prominent canvas for artists from a broad range of disciplines. www.swatch.com

The North Face, a division of VF Outdoor, Inc., was founded in 1968. Headquartered in Alameda, California, the company offers the most technically advanced products in the market to accomplished climbers, mountaineers, snowsport athletes, endurance athletes, and explorers. The company's products are sold in specialty mountaineering, backpacking, running, and snowsport retailers, premium-sporting goods retailers, and major outdoor specialty retail chains. For more information, go to www.thenorthface.com.

In 2012, the Audi Group delivered 1,455,123 cars of the Audi brand to its customers, generated revenue of €48.8 billion and achieved an operating profit of €5.4 billion. The Audi Group is globally present in more than 100 markets and produces vehicles in Ingolstadt and Neckarsulm (Germany), Győr (Hungary), Brussels (Belgium), Bratislava (Slovakia), Martorell (Spain), Kaluga (Russia), Aurangabad (India), Changchun (China) and Jakarta (Indonesia). The brand with four rings will produce cars also in Foshan (China) as of late 2013, in 2015 in São José dos Pinhais (Brasilien) and 2016 in San José Chiapa (Mexico). AUDI AG’s wholly owned subsidiaries include quattro GmbH (Neckarsulm), Automobili Lamborghini S.p.A. (Sant’Agata Bolognese, Italy) and the sports motorcycle manufacturer Ducati Motor Holding S.p.A. (Bologna, Italy). The Group currently employs more than 70,000 people worldwide, including around 50,000 in Germany. Total investment of approximately €11 billion is planned by 2015 – mainly in new products and sustainable technologies. Audi lives up to its corporate responsibility and has strategically established the principle of sustainability for its products and processes. The long-term goal is CO2-neutral mobility.

For more than 60 years now, Marker has been a driving force of skiing innovations and solutions. As a pioneer and premium manufacturer of bindings systems and protective snow equipment, the Marker name is synonymous around the globe with performance and safety in winter sports. Marker's Royal Family of freeski bindings have attained legendary status, as can be seen in the roster of pro riders who put their trust in Marker even in the toughest arenas, including the Freeride World Tour. More information www.marker.net

As the sole ski maker developing and producing in Germany, Völkl is proud of its 90 years of "Made in Germany" quality. The brand with the famous double V has been the origin of many of the greatest innovations in the history of skiing. The firm from the Bavarian town of Straubing is today among the most famous and successful global brands in winter sports, serving up world-class gear for classic alpine as well as freeride and freestyle adventures. Volkl's international freeski team brings together some of the best riders on the planet, who lay it all on the line atop Volkl ski models like the KATANA and TWO. More information www.voelkl.com