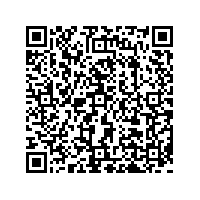 Segment responsibilities among five executive board members to be reallocated from July 1, 2019

Fraport AG’s supervisory board chairman Karlheinz Weimar welcomed the addition of Dr. Prümm to the executive board:  “The global aviation industry will continue to undergo profound changes in the coming years.  This will also bring multiple and significant challenges to Fraport AG as well as other industry players.  Therefore, it is essential that we expand and strengthen our company’s executive board to meet the growing challenges and responsibilities.”

Weimar also referred to the construction of Frankfurt Airport’s new Terminal 3, which is now fully underway, pointing out that “this project will entail strong changes in the existing traffic and terminal utilization structures.  This means that we will not only have to optimally market the new Terminal 3, we will also have to redesign and upgrade our existing terminals – and we will have to do this while serving more passengers than ever before and while maintaining  during regular operations.”

Therefore, the allocation of Prümm’s respective board responsibilities is a logical consequence of the challenges ahead, explained Weimar:  “We need to align the management of our construction measures even closer to the demands and requirements of the market and our customers.  We are confident that Dr. Prümm has the right expertise and know-how for this significant task.”

The Fraport Group is committed to further growth, both at its Frankfurt Airport home base and internationally.  In the long and medium term, the Group intends to grow the share of revenue gained from its worldwide activities to 50 percent.  Weimar added:  “Our international activities, which remain under the responsibility of CEO Dr. Schulte, will play an increasingly important role for Fraport’s business.”  In addition to the “Global Investment and Management” unit, Schulte’s board responsibilities will continue to include the “Airport Expansion South” unit, as well as the “Corporate Development, Environment and Sustainability” and “Corporate Communications” units.

Because digital transformation has become a decisive factor in all business segments, expertise in this area will be bundled in a new “Digitization and Innovation Management” department.  The new organizational unit will be under the responsibility of executive board member Anke Giesen, who will also serve as Fraport’s Executive Director Retail & Real Estate.  Giesen will continue to have board responsibility for Fraport’s “Retail and Properties” unit, as well as the “HR Top Executives” and “Legal Affairs and Compliance” units.  Furthermore, the “Information and Telecommunications” unit has been newly assigned to her.

Alexander Laukenmann will assume Dr. Prümm’s responsibilities as Senior Executive Vice President of the “Airside and Terminal Management, Corporate Safety and Security” unit.  Previously holding the position of General Manager at Hamburg Airport, Laukenmann is returning to Fraport AG and Frankfurt Airport, where he was employed in various positions from 2000 to 2016.

Supervisory board chairman Karlheinz Weimar concluded:  “I am convinced that Fraport’s new executive team is excellently prepared to meet the challenges facing us in the future.  The entire supervisory board wishes the executive board and the company’s management team success in ensuring a prosperous future for the Fraport Group and its employees.”

Prümm holds a Doctorate in Economics, as well as university degrees in business administration and political sciences.  Before joining Fraport AG, he was a member of the managing board of Flughafen Hannover-Langenhangen GmbH, the company that runs Hanover Airport.  Prior to this, Prümm held managerial positions at Start Amadeus GmbH and Kienbaum Management Consultants GmbH.

One of the leading players in the global airport business, Fraport AG offers a wide range of operational and management solutions based on over 90 years of aviation expertise. Fraport's portfolio of companies spans four continents with activities at 30 airports worldwide. In fiscal year 2017 (Dec. 31), Fraport generated sales of €2.93 billion and profit of about €360 million. More than 176 million passengers in 2018 used airports around the world in which Fraport has at least a 50 percent stake. In its Mission Statement, Fraport places the focus on its customers. The Group's commitment to ensuring a "good trip" to all passengers and travelers is also reflected in its corporate slogan: "Gute Reise! We make it happen". This applies to all of Fraport's business activities and services at Germany's largest aviation hub in Frankfurt and the Group's airports worldwide.

At its Frankfurt Airport (FRA) home base, Fraport welcomed more than 69.5 million passengers and handled about 2.21 million metric tons of cargo (airfreight and airmail) in 2018. For the current winter timetable, FRA is served by 89 passenger airlines flying to 266 destinations in 101 countries worldwide. A total of 131 intercontinental destinations are served from FRA in the 2018/2019 winter schedule - underscoring Frankfurt's role as a leading hub in the global air transportation system. In Europe, Frankfurt Airport ranks second in terms of cargo tonnage and is the fourth busiest for passenger traffic. With about 55 percent of all passengers using Frankfurt as a connecting hub, FRA also has the highest transfer rate among the major European hubs.

Frankfurt Airport City has become Germany's largest job complex at a single location, employing approximately 81,000 people at some 450 companies and organizations on site. Almost half of Germany's population lives within a 200-kilometer radius of the FRA intermodal travel hub - the largest airport catchment area in Europe. FRA also serves as a magnet for other companies located throughout the economically vital Frankfurt-RMN (Rhine-Main-Neckar) region. Thanks to synergies associated with the region's dynamic industries, networked expertise, and outstanding intermodal transportation infrastructure, FRA's world route network enables Germany's export-oriented businesses to flourish in global markets. Likewise, FRA is a key gateway for companies wanting to access the huge European marketplace. Thus, Frankfurt Airport - which is strategically located in the heart of Europe - is one of the most important hubs in the global logistics chain.