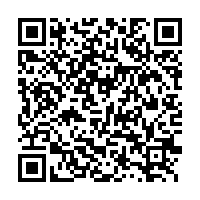 (lifePR) ( Cologne, 28.06.12 )
FAST Casualwear AG, a thriving manufacturer of casual footwear and apparel in China, plans the initial listing of its shares in the Prime Standard of the Frankfurt Stock Exchange on 9 July 2012.

In its IPO, FAST is offering up to 1,725,000 shares in the context of a public offer made in Germany and Luxembourg. The public offering includes 1,500,000 New Shares originating from a capital increase and an over-allotment option of 225,000 shares of existing shareholders.

The price range of the shares lies between EUR 5.00 and EUR 6.00. This represents an offer volume of up to EUR 10.4 million. Given that all shares will be placed (including the overallotment option), the Company's free float will amount to approximately 21.3% of its total share capital.

The subscription period begins on 29 June and ends on 5 July 2012. On the final day of the Offering Period, retail and institutional investors will be able to submit orders until 12:00 CEST. The initial listing on the Prime Standard of the Frankfurt Stock Exchange is scheduled for 9 July 2012. Lead Manager, Sole Bookrunner and Global Coordinator is Kepler Capital Markets S.A., Frankfurt Branch.

The IPO prospectus was approved by BaFin and published on the website of FAST Casualwear AG at www.fast-casualwear.com.

FAST plans to use the net issue proceeds from the sale of the New Shares to strengthen the Company's financial position as well as to support the intended expansion of its activities and the implementation of its strategy. In particular, the Company aims to finance its growth by expanding its distribution network and production capacity. The Listing is also intended to enable the Company to sharpen its public profile and promote its fashion brand.

This publication constitutes neither an offer to sell nor a solicitation to buy securities. The offer is being made solely by means of and on the basis of a securities prospectus dated 28 June 2012, which is available on the Company's website at www.fast-casualwear.com.

FAST Casualwear AG is the German holding company of FAST Group, a Chinese group of companies engaged in the design, production and sale of casualwear, consisting of footwear and apparel including accessories. It mainly designs and produces casualwear under its own brand name "FAST", targeting consumers aged between 16 and 35 primarily in the lower tier cities in China. FAST distributes its own brand products through 21 unaffiliated regional distributors, who sell the products via retail outlets operated either by themselves or by third party sub-distributors. Its distribution network consists of more than 770 retail outlets in over 100 cities throughout China. FAST also designs and produces footwear as contract manufacturer for international brand owners, mainly from Europe and the U.S. FAST's operating facilities are located in the southeast of China in Jinjiang City, Fujian Province, one of the largest footwear manufacturing hubs in China. FAST employs more than 1,100 employees.