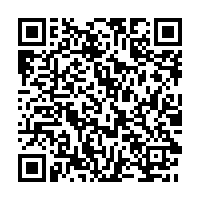 News abonnieren
(lifePR) ( Dubai, U.A.E., 30.03.10 )
Emirates, the international airline of the United Arab Emirates, arrived in Tokyo on Sunday evening with its inaugural non-stop flight, following a day of celebrating all things Japan in Dubai.

Japan was Emirates' theme in its hospitality suites at this year's Dubai World Cup, the world's richest day of horse racing, which took place on Saturday at Meydan Racecourse.

Emirates, the Title Sponsor of the US$10 million Dubai World Cup, the world's richest race, hosted its guests in suites specially decorated to celebrate the airline's newest destination on its ever expanding network.

While the world's leading Thoroughbred racehorses battled it out for over US$26 million in prize money spread over the eight races on the track; a traditional Japanese Tea Ceremony and calligraphy artists kept the Emirates guests entertained off the track.

Japan was also represented in the feature race - the Emirates-sponsored Dubai World Cup - by Red Desire, while Glorious Noah contested the Godolphin Mile and Laurel Guerreiro ran in the Dubai Golden Shaheen.

Mr Vaughan said: "It is wonderful to finally arrive at Narita International, as an airline we have always stated it was our intention to one day operate non-stop between Dubai and Tokyo and that day has now arrived.

"On behalf of Emirates, I would also like to thank the entire airport team for their generous time and superb efforts to ensure that everything was in place for the start of Emirates' newest route."

Mr Morinaka said: "On behalf of Narita International Airport, we wholeheartedly welcome Emirates here today. We look forward to building on out partnership and offering a new gateway into Japan to our friends on the Emirates network."

EK 318 departs Dubai at 03:15 hours and touches down at Tokyo's Narita International Airport at 18:00 hours the same day, five times a week on Monday, Thursday, Friday, Saturday and Sunday. The return flight EK 319 departs at 21:40 hours, touching down in Dubai at 04:35 hours the following day.