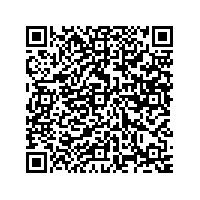 News abonnieren
(lifePR) ( Dubai/UAE, 30.07.09 )
Emirates has become the world's largest airline operator of Boeing 777 aircraft with the arrival of its 78th Boeing 777 today.

Emirates has another 28 Boeing 777s pending delivery, worth over US$ 7 billion at list prices, and it is also the only airline to operate every model in the Boeing 777 family: -200s, -200ERs, -200LRs, -300s, -300ERs and freighters. The newest addition to the Emirates fleet is a Boeing 777-300ER configured for long distance journeys.

Tim Clark, President Emirates Airline said: "The 777s form the backbone of our fleet, and we have configured these aircraft to give us maximum flexibility in terms of route deployment. Emirates' 777s today fly to six continents from our Dubai hub, operating routes within a two-hour distance to long-range journeys of 16 hours non-stop.

"The 777 is an excellent aircraft in terms of operating economics, and importantly, the new technologies incorporated within enable us to fit it out with the latest onboard systems and passenger amenities. Emirates is committed to maintaining a young and modern fleet, which enhances our passengers' comfort and safety and also makes our aircraft some of the most environmentally-friendly in the skies."

"The 777 is the world's most successful twin-engine, long-haul airplane and Emirates has contributed significantly to the programme's success, both in becoming the now largest 777 airline customer and through its continued feedback on quality step improvements we've made to the airplane," said Marty Bentrott, Boeing Commercial Airplanes' Vice President of Sales for the Middle East, Central and South Asia. "With suppliers around the world contributing to and benefitting from 777 production, Emirates' investment toward building the world's largest Boeing 777 fleet has played a role in maintaining and strengthening the global aviation manufacturing industry."

Emirates recently completed an upgrading programme for its existing 777 fleet, and now all of its 777 aircraft boast its award-winning ice (information, communication, entertainment) system, which offers passengers in all cabin classes an unrivalled choice of up to 1,200 channels of the latest movies, TV programming, music and games on demand.

The airline's long-range 777s have also been equipped with its very latest onboard products including private suites in First Class, lie-flat massage seats in Business Class, and ergonomically designed seats in Economy Class.