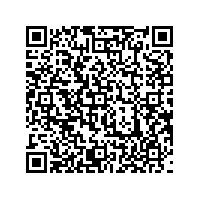 Crisis presidency: How Portuguese leadership can guide the EU into the post-covid era


The upcoming Portuguese EU presidency should emphasise the need to build European sovereignty.

The presidency should provide global leadership and shape the international order, especially in light of the fact that many Europeans have lost confidence in the transatlantic relationship and fear a world dominated by US-China competition.

The presidency should handle pre-coronavirus issues in line with European voters’ perceptions of the new reality created by the crisis. These issues include: the UK-EU relationship after Brexit, the EU’s relationships with Africa and India, climate change, digital transformation, and social inequality.


In early 2020, Portugal outlined an agenda for its presidency of the European Council in the first half of 2021. It aimed to merge the challenges the European project is currently facing with Portugal’s strategic priorities. It was a good plan, but the coronavirus pandemic struck within weeks and changed the nature of the priorities of Portugal, the European Union, and the world.

In a new policy brief publishing on ECFR’s website on 27 October, Susi Dennison and Lívia Franco analyse how current thinking across the EU should guide the Portuguese presidency following the onset of the covid-19 crisis. It draws on surveys of policymakers, interviews, and – most of all – data from a public opinion poll that YouGov carried out for the European Council on Foreign Relations in nine EU member states in April and May 2020, covering two-thirds of the EU’s population and GDP.

The EU needs to use its global role and its internal policies to bring voters together, delivering on the issues they care about most. The fact that 63 per cent of Europeans – and 91 per cent of the Portuguese respondents – favour more cooperation at the European level shows there is popular support for a stronger EU. Despite its status as a smaller member state, Portugal can have high ambitions in this area.

Susi Dennison is a senior policy fellow at the European Council on Foreign Relations and director of ECFR’s European Power programme. In this role, she explores issues relating to strategy, cohesion, and politics to achieve a collective EU foreign and security policy. She led ECFR’s European Foreign Policy Scorecard project for five years and, since the beginning of 2019, she has overseen research for ECFR’s Unlock project. Her most recent publications include “Together in Trauma: Europeans and the World after covid-19”, with Pawel Zerka; “Give the people what they want: Popular demand for a strong EU foreign policy”; and “The instinctive multilateralist: Portugal and the politics of cooperation”, with Lívia Franco.

Lívia Franco is a professor and senior researcher at the Institute for Political Studies at the Catholic University of Portugal. Her areas of interest include contemporary international politics, European issues, and democracy studies. Franco frequently provides commentary on international affairs in the Portuguese media. She has been ECFR’s associate researcher on Portugal since 2010.

This paper was made possible through the support of the Calouste Gulbenkian Foundation.

The European Council on Foreign Relations (ECFR) is a pan-European think-tank that aims to conduct cutting-edge independent research in pursuit of a coherent, effective, and values-based European foreign policy. With a network of offices in seven European capitals, over 60 staff from more than 25 different countries and a team of associated researchers in the EU 27 member states, ECFR is uniquely placed to provide pan-European perspectives on the biggest strategic challenges and choices confronting Europeans today. ECFR is an independent charity and funded from a variety of sources. For more details, please visit: www.ecfr.eu.

Pressemitteilung Crisis presidency: How Portuguese leadership can guide the EU into the post-covid era weiterempfehlen