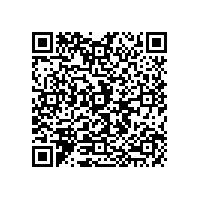 Marked increase in counterfeit €10 and €20 banknotes

(lifePR) ( Frankfurt, 07.08.20 )
In the first half of 2020, the Bundesbank recorded approximately 34,000 counterfeit euro banknotes with a nominal value of €1.6 million. “There has been a marked rise in number of counterfeit €10 and €20 notes as part of the total figure compared with previous years,” said Johannes Beermann, member of the Bundesbank’s Executive Board. “However, these were mostly simple printed counterfeits without security features. These counterfeits are actually easy to identify. The words ‘movie money‘ are even printed on the obverse or ‘prop copy‘ on the reverse,” Mr Beermann added.

The first banknote series continued to account for just over one-quarter (26%) of the counterfeits.

As counterfeit banknotes are not replaced, everyone should check the banknotes they receive for themselves using the “feel, look, tilt” method. When checking a suspect banknote, it is advisable to compare it with one that definitely known to be genuine and always check more than one security feature.

All counterfeits can be identified by the following characteristics:

- Feel:
Banknote paper has a special texture. It feels crisp and firm.[1] It is often possible to identify simple counterfeits just by feeling the banknote. However, to be on the safe side, we recommend checking other features as well.
Raised print on the front of the banknotes can be identified by touch, for example. Banknotes belonging to the Europa series show the letters “BCE ECB EЦБ EZB EKP EKT EKB BĊE EBC” (and “ESB” on denominations of €50 and above) across their left edge as well as a series of short raised lines on the left and right-hand edges.

- Look:
When any banknote is held against the light, the watermark appears as a silhouetted image in the unprinted area.
On denominations of €20 and above belonging to the Europa series, the upper section of the hologram contains a transparent window showing a portrait of Princess Europa’s face.

- Tilt:
The hologram images change when the banknote is tilted. Rainbow-coloured effects appear around the motifs.
An emerald number can also be seen on the bottom left-hand side on the front of the banknotes belonging to the Europa series. When the banknote is tilted, the emerald number changes colour and the effect of a light stripe moving up and down becomes visible.
The €100 and €200 banknotes have been equipped with new and improved security features. The emerald number contains several euro symbols that change in size and colour. The hologram contains a satellite feature showing two euro symbols that move around the denomination number.

Hardly any change in the number of counterfeit coins

The following pointers can make it easier to identify genuine coins.

- On genuine euro coins, the motif stands out clearly from the background of the coin. By contrast, the image on counterfeit coins often appears blurred, and the surface of the coins may be uneven.
- Counterfeits generally differ slightly in colour from genuine coins.
- The edge inscriptions of genuine €2 coins are sharp. Those on counterfeit coins are frequently incomplete or irregular.
- Genuine €1 and €2 coins are only slightly magnetic. They are attracted to magnets but can be removed again with very little effort. Counterfeit coins, on the other hand, are usually either non-magnetic or are strongly attracted to magnets.

Through its branch network, the Bundesbank provides training courses free of charge to the banking industry, retailers and any other interested parties. Participants are given typical counterfeits to test using the “feel, look and tilt” method. Contact details for the branches may be found on the Bundesbank's website.

In addition, information (in the form of brochures and posters) may be ordered from the Bundesbank free of charge. An interactive learning program entitled “Detecting counterfeits” [Falschgeld erkennen] may also be accessed online (German only).

To ensure that important information concerning people who pass counterfeits is not lost, the Bundesbank advises you to notify the police of counterfeit banknotes and coins immediately and to hand them in to the police.